The contributions of women during wartime are often overlooked, however, a new exhibit at the Museum of the American G.I. is highlighting WWI women from Brazos County. The Brazos County World War I Centennial Committee opened its exhibit “Women of Resilience: Brazos County in World War I” this past September, and it will close at the end of March 2018.

The exhibit showcases the stories of nine women who were Yeomans (a rank in the U.S. Naval Reserve) or nurses during the war. One of these women is Irene Evans Claghorn, who completed thirty years of service as the superintendent of nurses at the university hospital. The exhibit also told the story of Maud Pigford, one of the fourteen African American women that served as a U.S. Navy Yeoman, and Lena Wright Perry, who served in France.

This exhibit is a great opportunity to better understand how women took on a different role in society when men were gone. It is also a chance to learn about the war on a local level and understand how it affected the lives of everyday Americans. The museum is open Friday and Saturday, from 10 a.m. to 5:30 p.m. Additionally, it is open on Sunday from 12 p.m. to 5 p.m. Adult tickets are $6, children’s tickets are $4, and senior and veteran tickets are $5. 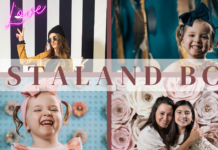 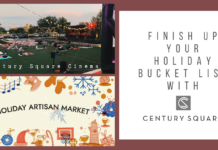 Finish Up Your Holiday Bucket List with Century Square