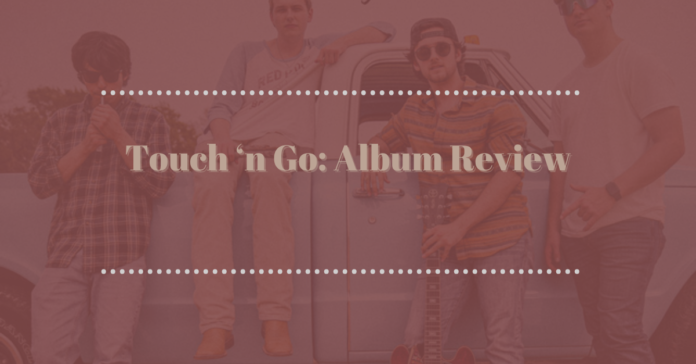 Touch ‘n Go is the latest release from the Trent Herrera Band, a group of Aggie musicians from College Station. Released in 2021, the EP has four songs and demonstrates the musical potential these artists have.

The band’s music can be described as Texas Country. It draws influence from famous artists like George Strait and Stevie Ray Vaughan. Touch ‘n Go has a tight and clean production with crisp drum fills, dreamy guitar solos, and an overall polished sound.

Thematically, the EP touches on the nostalgia of growing up, a pride/honor of Texas, and general problems with a girl that the singer or narrator seems to have been going through. Regarding the latter, it’s presented in a way that isn’t too cliche. There are reflections about relationship tension and heartbreak but it’s decorated with poetic lyrics and nuance.

In a musical sense, the album’s distinctively impressive by modern country music standards. The first track Take Me to Texas even includes a nifty key-change in its last section. It’s also respectable that it isn’t just intro, verse — chorus — verse — chorus —bridge — chorus — outro. Instead, the Trent Herrera Band surprises the listener with interesting solos and exciting B and C sections to the song.

No album’s perfect and for Touch ‘n Go it would’ve been nice to see more range in the lyrical content. Every song was referential to some “mystery girl.” It wasn’t tacky or bad writing. . . but more variety would’ve been welcomed.

Overall Touch ‘n Go is a well-produced country album which is reminiscent to classic sounds found in 1980’s country music and is also quite musically innovative. While the storytelling might be vague and limited at times, this is made up for by the use of creative lyrics. This EP is for anyone interested in Texas country music and anyone who has a taste for the classics.