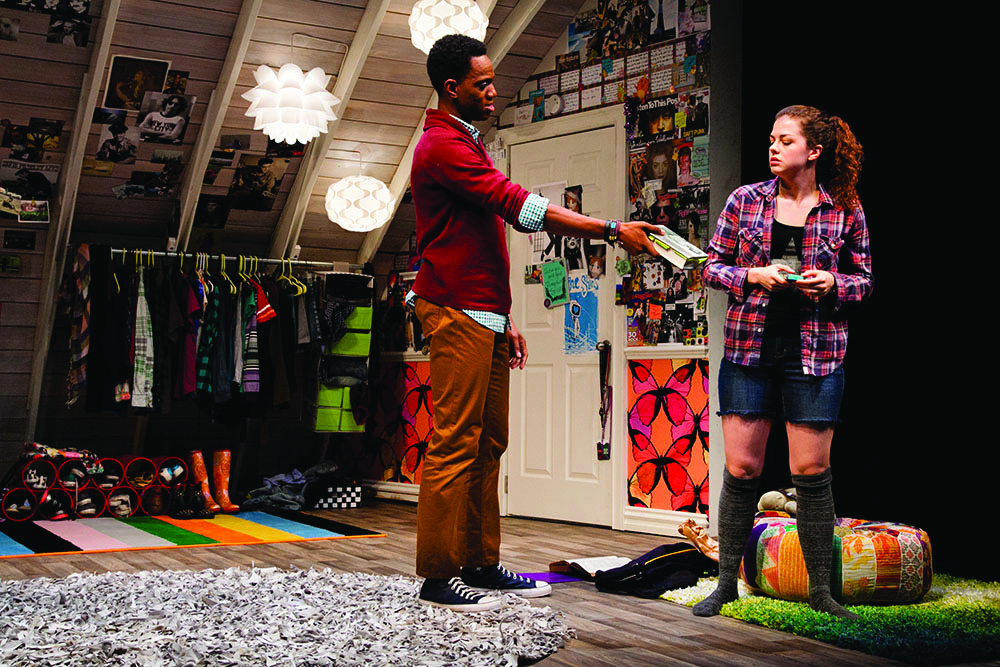 Blinn College continues its tremendous theatre arts spring season with performances of the award-winning play “I and You” at the Bryan Campus and the 10 Minute Play Festival at the Brenham Campus.

“I and You” centers around a blossoming relationship between a bedridden teenage girl, Caroline, and the popular, athletic Anthony, after Mr. Popular delivers school work to his ill classmate. Collaborating on the poetry assignment, the two begin to bond with a much deeper connection than they even knew existed.

The two-person play takes place entirely inside Caroline’s bedroom, where the topics of youth, life and love are pondered throughout the script. The play does contain adult language and themes. Theatre Instructor Jean Daniels will direct the play, which won the 2014 American Theatre Critics Association (ATCA) New Play Award. “I and You” was also a finalist for the Susan Smith blackburn Prize the same year, which recognizes talented female playwrights on an annual basis.

The first show begins on Friday, April 5, at 7:30 p.m. in the Blinn-Bryan Student Center Theater. Daniels and the actors will return to the stage following the show for “Friday Night Talkbacks” to discuss the production and answer audience questions.

The Brenham campus will be hosting their own theatrical performance as the 10 Minute Play Festival takes place April 4-7.

The festival, the last performance of the season on the Brenham campus, will feature 20 original plays created by local high school students brought to life by Blinn theatre arts majors.

Thursday, Friday and Saturday performances will begin at 7 p.m. in the O’Donnell Center in Brenham. The show on Sunday, April 7, will start at 2 p.m.

Tickets for all shows are $10 for adults and $5 for students, children and senior citizens and can be purchased at https://app.arts-people.com/index.php?ticketing=blncg