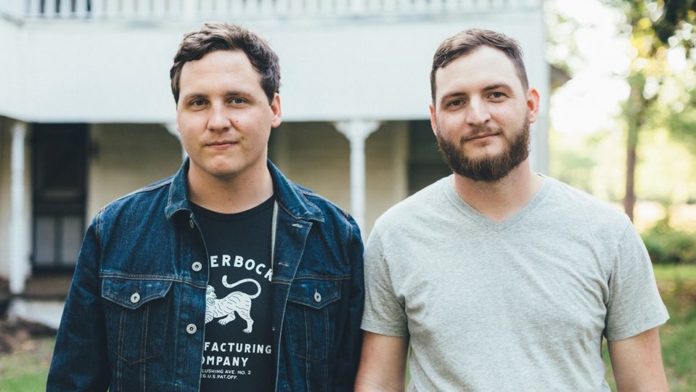 Hurricane Harry’s is known for their dedication to bringing the best up-and-coming musicians to BCS, making sure that we get to experience both established bands and those that are on their way up. It can feel like a miracle when a band makes it to the next level in their career, but it’s even better when it’s a band we love. Well, remember former opening act, The Powell Brothers? They’ll be front and center, headlining at Hurricane Harry’s for the very first time on June 19!

“We have played at Hurricane Harry’s many, many times, opening for everybody,” Taylor Powell says. “So to be a headlining tour the first time is the coolest freaking thing ever! Like we are super, super stoked.”

It’s no wonder these Houston natives are stoked because of the difficulties they’ve faced since August 2017, when Hurricane Harvey demolished their home and studio, and all their music was lost.

Instead of trying to recover what had been destroyed, Taylor and Blake realized starting over at home wasn’t meant to be. So, they packed up their things and headed to Nashville to begin their biggest musical endeavor yet: a full-length album.

“Leave on the Light” released in February, and the brothers feel that the album encapsulates their past hardships as well as how their music continues to grow beyond them. Blakes says that taking the album “from an EP to a full-length record is straight-up revenge. We wanted to bargain with the hurricane and beat the snot out of him for messing up our stuff.” He continues, “I think we’re exactly where we’re supposed to be, even though that wasn’t the greatest thing to happen.”

Even with those who Taylor describes as some of the best young up and coming engineers, artists, and musicians, the duo surprised themselves with the completion of “Leave on the Light.” He says, “The album ended up being something that we wouldn’t necessarily have done had we had the perfect situation. It’s funny that it took the storm to force us into doing something just extraordinary.” When it comes down to it, the Powell Brothers believe it’s always worth working hard and being a good person because everything works out, even if it’s sometimes cliché.

“I kept hearing, ‘Just don’t give up.’ And that’s not helpful,” Taylor says. “But after doing this for a couple of years, that is the one unchanging piece of advice because so much of the music industry is changing all the time. The one constant is, if you keep working hard and treat people well, you will do well.” These past months surely proved it paid off!

Though considered Country/Americana, the Powell Brothers say that with new album comes new ideas and feelings, which lead to a variety of musical styles. Taylor says their newest music has resemblances to old school artists like Willie Nelson and Ray Charles. On top of that, there are some songs with tinges of contemporary pop and even influences of renowned artist Charley Pride.

You can catch the Powell Brothers giving their all for their acoustic performance at Hurricane Harry’s at 10 p.m. on Wednesday, June 19, performing with guest Jordan Nix. Tickets are available online and doors open at 9 p.m.

To find out more about the Powell Brothers and check out their latest album, visit https://bit.ly/2wHwmX0