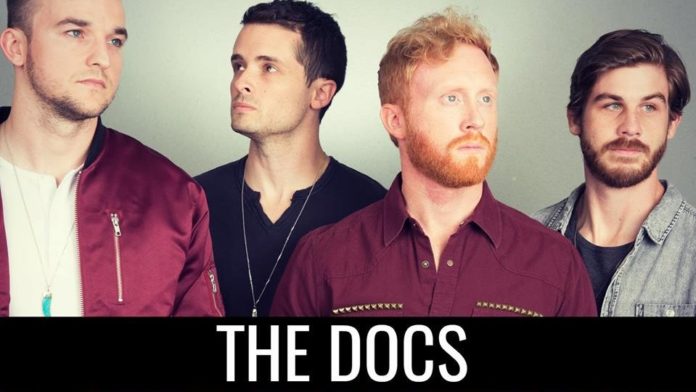 There are many things that Bryan/College Station inspires: greeting everyone with a “howdy,” a newfound love for cowboy boots, and rock and roll music. Yes, rock and roll. Here in BCS we’re pretty partial to our twang, but we’ve also got all kinds of great rock bands. This Saturday, the Grand Stafford Theater presents the return of The Docs alongside Sick Ride and local opener, Skunk Monkey!

Since 2010, The Docs have built a musical foundation formed by friendship, which began in none other than College Station. Their goal, according to their website, is to “create a unique, self-identifiable rock sound.” The Docs play progressive and southern rock music, and you’ll definitely catch a sense of the band’s new perspective on rock and roll the minute you hear the first strum of guitar and realize how quickly the tide sweeps the song–and you–away!

The Docs’ career kicked off with their self-titled demo and later their EP “Seasons,” which was self-produced. Their debut album, “Audacious,” was produced by the Grammy-nominated producer Chris “Frenchie” Smith. The Docs have performed in all kinds of festivals like the Southwest Music Festival, Rock the Republic, and the ever-so famous Chilifest. With all the steps they’ve taken in creating their image for rock and roll, The Docs aren’t a band to miss!

Swerving next onto the stage is the New Orleans-based band, Sick Ride, with their flare for a sound unlike any other. Do you think you’ve heard rock music? Just wait until you hear this band and their genre of choice, Disco Death Rock, which will take you for a ride into outer space, the stars, and beyond. Sound intimidating? No need to fear, because once you hear the drum and guitars, you’ll hear a rhythm and style resembling the rock songs of the ’70s that’s bound to get you moving!

Forming up just recently in 2018, Sick Ride consists of its two frontmen, Tommy Gold and Johnny Silver. They’ve slammed the gas pedal since then and have already released their 11-song debut album, “A Kiss Goodbye,” which includes their fun and energetic single, “Disco Shoes.” So hop on in and let Sick Ride bring you a musical sound meant to thrive!

Opening for the two bands is local opener and up and comer, Skunk Monkey. Skunk Monkey, a “surf garage rock band” wading by this summer, has opened for bands such as The Roommates and The Hallers. They also performed at the Grand Stafford Theater last month opening for the College Station-based band Fox in the Ground as well as Castaway Radio. Wondering what they’re all about? That’s for you to find out this weekend as soon as the band hits their very first note.

With these three bands coming together this Saturday, you can expect rock and roll to leave a different mark on both BCS and you that it didn’t have before!

The performance will take place at the Grand Stafford Theater on Saturday, August 10. Doors will open at 8 p.m. and the music will begin at 8:30 p.m. Tickets are $5 and can be purchased at the door or in advance online.

For more information about the event or to purchase tickets, visit https://bit.ly/2GQMfQt.

To learn more about The Docs, visit https://bit.ly/2ZBOzCf. 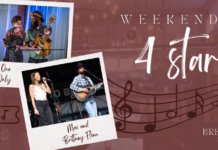 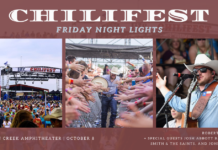