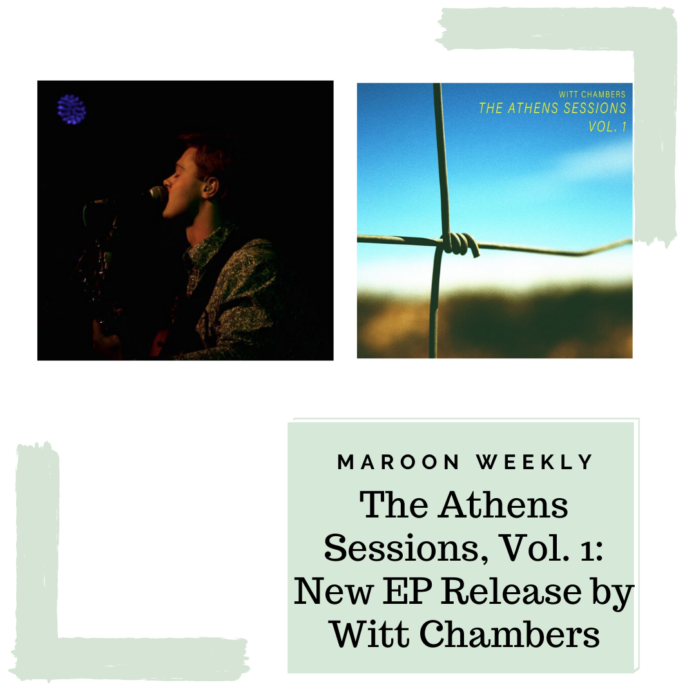 While the pandemic continues to wreak havoc in our world, it’s nice to occasionally hear about positive things that are happening as a result of the restrictions we’re all under. For 19 year old TAMU student and musician Witt Chambers, there’s definitely a silver lining.

Without being trapped by the social distancing restrictions in a lakehouse in Athens, Texas with bandmate and producer Michael Musso, Chambers’ first extended play record would not exist. “If this quarantine hadn’t happened, there’s no way Michael and I would have been able to track this EP and put it out there,” says Chambers.

“It turned out to be four new songs on the EP,” says Chambers, “just songs that I had written in the past year or so and wanted to get out there to go along with the two singles that I released last August and this past February.”

Though this EP is labeled as country, the Dallas native claims that it’s much more than that as there are elements of other genres. “I wouldn’t just label it as just strictly country singer/songwriter,” says Chambers. “I’m still trying to find my sound. If you had to put a label on it, I’d say alternative country.”

Chambers claims that he’s always had a passion for music. “It’s never been about trying to make it in the music industry to me,” he says. “It’s just always been that I love putting out music that people can relate to. If success comes, then it comes.” Since Chambers says his goals for music right now are to continue to improve his songwriting and study music to continue to get better, success is a likely bet.
You can stream Chamber’s new EP, The Athens Sessions, Vol. 1, on every music streaming platform. https://linktr.ee/wittchambers