Day one of the competition is on October 9, and will serve as the preliminary round. In this round, all 42 poets will be separated into three groups and preform at different venues in the Bryan area. Fourteen will preform at the Revolution Café and Bar, fourteen at The Village Downtown, and fifteen at The Palace Theater.

Before the preliminary round, poets will be randomly drawn for their order. The poets will then be called up one by one to read a single three-minute poem and once that round is over, the second round will consist of one-minute readings. The contestants will then be ranked and the seven with the least amount of points will be asked to step down from the competition.

The semi-final round will commence the same night allowing the top eight poets of each group to compete for a spot in the finals the following day. The top five of each semi-final will move on to the final round on Saturday October 10.

The final round of TGS will take place on October 10 in Rudder Theatre where, in just three rounds, a winner will be crowned this year’s champion of the Texas Grand Slam Poetry Festival.

Doors open for the preliminary and semi-finals at 6:00pm on Friday and will have free admission. But for the finals on Saturday, doors open at 7:30pm with tickets sold at $7.00 for every person. For more information about the Texas Grand Slam Poetry Festival, check out their website at texasgrandslam.com. 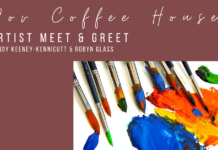 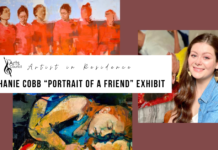 The Arts Council Artist in Residence: Stephanie Cobb “Portrait of a Friend” Exhibit 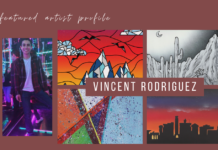