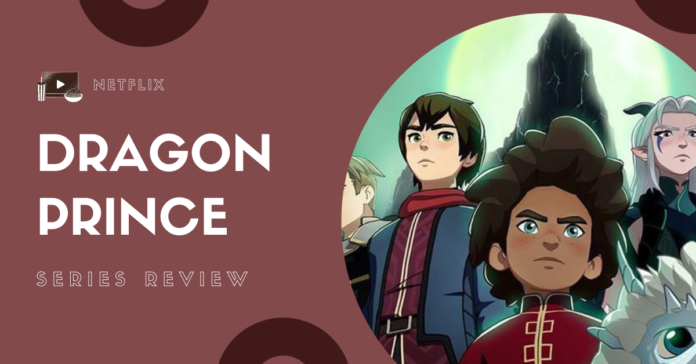 While we’re three seasons deep into Netflix’s “The Dragon Prince,” it’s the holidays now, which means it’s time to catch up on binging shows you might have missed. Developed, produced, and directed by many of the same minds behind “Avatar: The Last Airbender,” “The Dragon Prince” is in many ways a spiritual successor to the former: both series draw more inspiration from anime than from American animation, both shows portray a diverse cast of characters across the spectrum of race, gender, and age, and both portray the struggle between good and evil in a responsible way.

Set in the fantasy world of Xadia, “The Dragon Prince” follows the story of 10-year-old Prince Ezran, his adopted older brother Callum, and their enemy-turned-friend Rayla, an elf assassin. The three of them defy their families and their governments in order to deliver the egg of the last Dragon King back to its mother. To do this, they are forced to navigate a world on the brink of global war and have to rely on each other while learning who to trust on the outside. If you were a fan of “Avatar,” it’s likely that you will see its DNA in “The Dragon Prince” and will find something to like, but even if you’re not, this show is a fun, challenging, and poignant piece of television that the whole family can find something in.