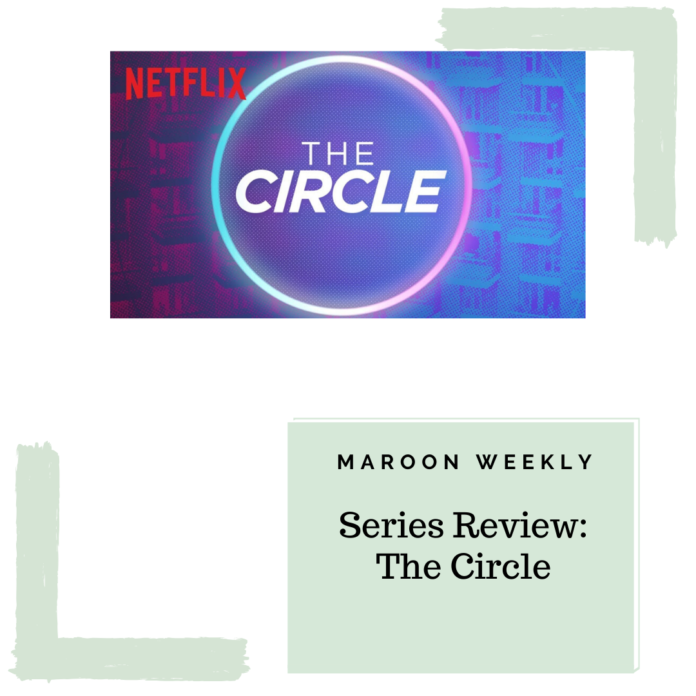 Netflix has recently been eager to release new types of game shows that are exclusive to its line of content. Shows like “Next in Fashion,” “The Big Flower Fight,” and “The Circle” have all been added to Netflix’s lineup this year and have been credited as binge-worthy watches. “The Circle,” though, has been in the spotlight as one the top Netflix original shows so far this year.

“The Circle” is a competitive game show between contestants from across the United States who are confined to an apartment by themselves with the only mode of communication being through a social media app called “The Circle.” The fight is to become the most popular person in “The Circle” without getting blocked.

At the end of each day, the contestants are asked to rank each other. The top two players earn the title of Influencer and gain the power to block one person. Shortly after someone is blocked, a new player fills the spot so that there are continuously eight profiles in “The Circle.”

Players on the show can have a small trick up their sleeve as some contestants are actually catfish. This show is next level and allows its players to do anything it takes to win, so while some players stay true and play as themselves, others might be trying to bring awareness to the negative sides of social media by catfishing. In the first season, one male player played as his girlfriend from back home while two other girls played as females who they found to be more attractive.

Though the show was done well, there could be a few changes for improvement in the next season. The entire idea that there could be catfish in “The Circle” got to some of the players in the later episodes. The goal then shifted from ranking people by how they interacted on “The Circle” to Influencers trying to figure out and block the catfish that were playing. It just didn’t make sense as to why the contestants would change the entire mindset of the game.

One of the few reasons could be that most of the players thoroughly stated that they believed in being themselves. There is a slight twist this first season as one player decides to abandon their catfish profile and play as themselves for the rest of their time in “The Circle.”

For future seasons, it will be interesting to see if catfish have a role in the game that differs from the other players. And overall, the show does reel in the audience and makes viewers start to care and root for these people.

The show is available on Netflix only and versions from other countries like Brazil and France are also available to watch (with English subtitles in case you can’t speak Portugese or French).

If you haven’t checked out “The Circle” yet, check out the first episode and see if it’s enough to hook you for the rest of the season!