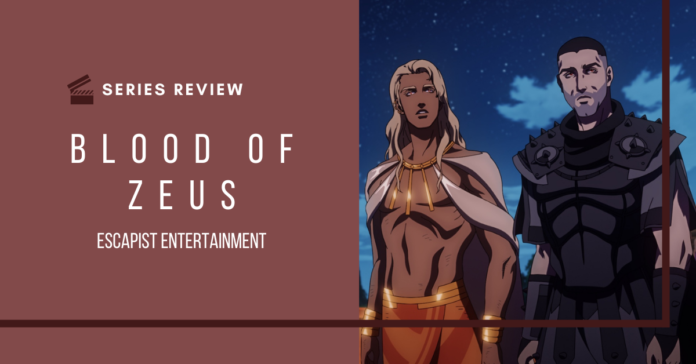 The latest series in the trend of ‘anime-inspired shows for adults,’ “Blood of Zeus” chronicles the tale of a Greek hero named Heron (voiced by Derek Phillips) as he takes on gods, monsters, and the forces of evil during his epic hero’s journey. Produced for Netflix by Powerhouse Animation Studios — the same minds behind the “Castlevania” series, also currently on Netflix, “Blood of Zeus” loots the characters and lore from Greek mythology in order to tell its own original tale.

While the plot doesn’t follow the thread of any particular myth, the basics of many are here to see: Zeus (Jason O’Mara) is unfaithful to his wife Hera (Claudia Christian), has a child with a human woman, and out of spite and sorrow, Hera plots revenge. That child, who grows up as a human, eventually realizes he is a demigod and gets wrapped up in the drama of Mount Olympus. It’s a pretty classic telling of Greek myths, replete with Amazonians, satyrs, centaurs, giants, and titans.

From a technical side, the backgrounds and effects are beautiful, though some of the animations, especially during action sequences, can be a little stiff. If, however, you’re looking for an engaging bit of escapist entertainment, you should keep “Blood of Zeus” on your radar.