One of Texas A&M’s most diverse and colorful programs is the University Art Galleries Department, located inside the Memorial Student Center on main campus. This department includes the J. Wayne Stark Galleries, which were named after the first director of the MSC and have been hosting various exhibits since 1992.

Though the galleries were formed to temporarily display art exhibits, they are now home to various permanent collections that are part of the Division of Student Affairs. The galleries were built to display 19th and 20th century American art, but now also display many other forms of arts and humanities. The galleries have most recently launched the exhibit titled, “Rodin: Portraits of a Lifetime/Selections from the Iris and B. Gerald Cantor Collections.” Auguste Rodin, a French sculptor who specialized in realism, was considered quite ahead of his time and his sculptures usually carried specific themes.

The exhibition will be on display through December 17 and will focus on his bronze pieces that are now a popular art form. Bronze casting is an extensive method that involves constructing a clay mold, followed by heating and

cooling of the metal. Among the pieces presented will be “Heroic Bust of Victor Hugo,” and “The Creator,” both of which portray Rodin’s admiration for the human life form.

Though his work was criticized during his time, Rodin refused to change his style and his sculptures are now seen with great appreciation and reverence. Similarly, the monument of Victor Hugo was disliked by much of society because his style was too different from that of other local artists. Much of his work is also inspired by his collaboration with fellow artists during the New-Baroque period, during which many sculptors used reflection of light to highlights parts of the subject.

The Rodin exhibit is presented by the Iris and B. Gerald Cantor Foundation, that has been displaying such exhibits around the United States since the 1970’s. The exhibition is located inside the Memorial Student Center from Tuesday-Friday 9am-8pm and Saturday and Sunday 12pm-6pm. Admission to the galleries is free and more information is available on the University Art Galleries website. 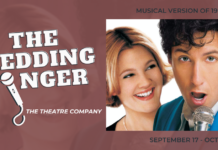