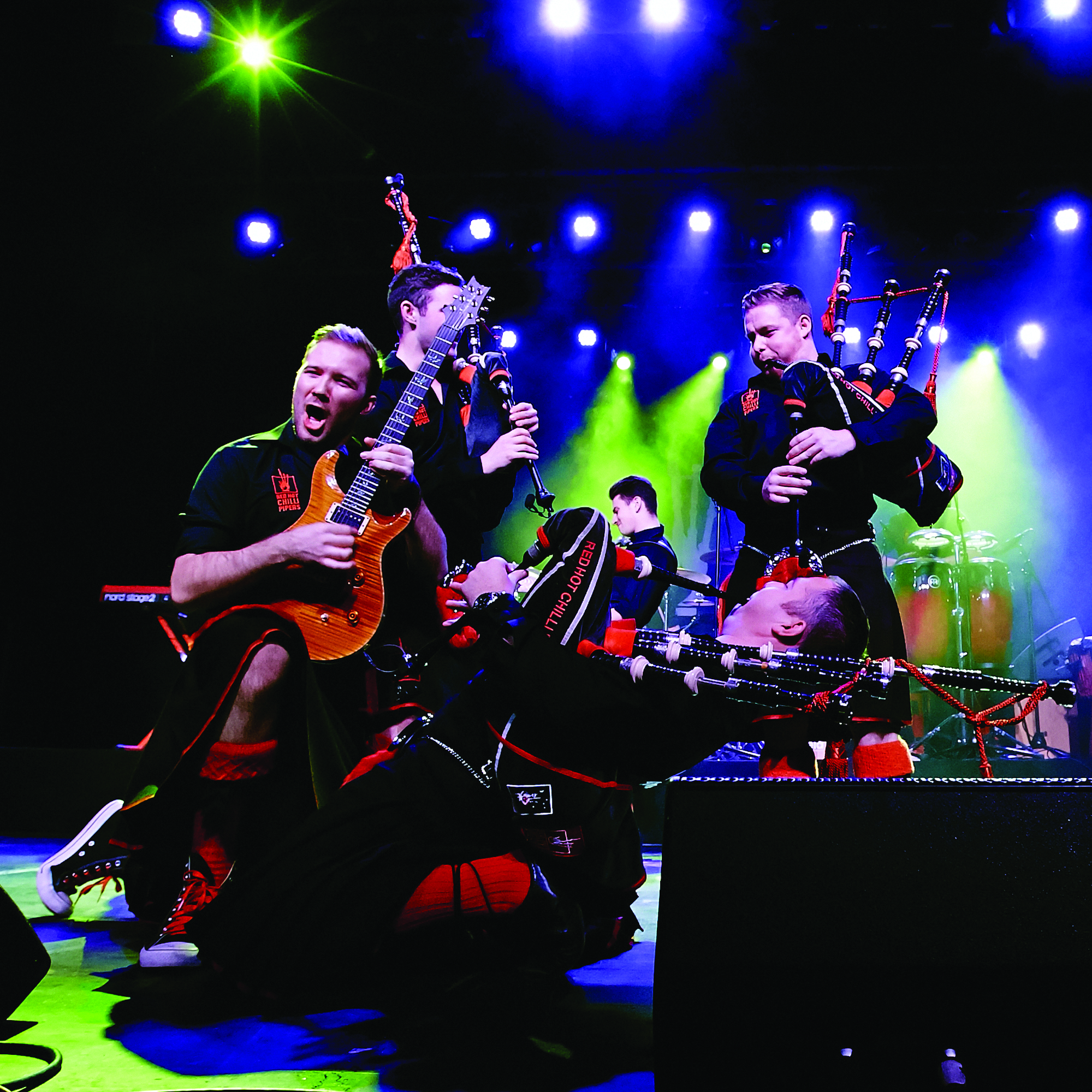 Here in Texas, we all know what a chili pepper is, especially a hot one. But a “chilli piper”? Lucy, you’ve got some ‘splainin’ to do.

Perhaps the name confuses, but the Red Hot Chilli Pipers from Scotland have invented a new genre of music that kicks confusion to the curb, and they’re coming to BCS on Tuesday, March 19 at Rudder Auditorium for the next OPAS Intimate Gathering.

The Chillis, as they are affectionately called, possess a unique brand of mixing bagpipes with drums, essentially playing rock hits on a traditional instrument and adding in lots of driving rhythm. This interesting mix gave birth to their trademark description “bagrock.” Their website describes their performances as “Bagpipes with attitude. Drums with a Scottish accent. A blazing rock band and show so hot, it carries its own health warning!”

And why not mix two seemingly disparate forms of music and create something new and wonderful? It’s certainly working for the Pipers. Together since 2002, they’ve made numerous award-winning albums and have fans all over the world from their sold out shows. No wonder they’re popular. With their feel good brand of Scottish rock, they make fans easily, even when audience members have mistakenly bought tickets to the “other” RHCP band by not reading carefully. It doesn’t hurt that when on tour, they enjoy connecting with local Pipe bands and taking in their host country’s culture. And their show has something for everyone. Playing songs from all genres of music, their repertoire includes the likes of Queen’s “We Will Rock You” and traditional pipe tunes such as “Flower of Scotland.”

Don’t miss this foot-stomping combination of old meets new, classic meets revolutionary that is sure to spice up your life!