Disney’s Beauty and the Beast, the award-winning worldwide smash hit Broadway musical, returns to the Brazos Valley as part of the MSC OPAS “Positively Enchanting!” season. Produced by NETworks Presentations, this elaborate theatrical production will come to life on stage in Rudder Auditorium on Tuesday and Wednesday, October 20 and 21 at 7:00 PM. Tickets range in price from $35-$85 with special prices for students. They are on sale now at MSC Box Office (979-845-1234 / www.MSCOPAS.org). The musical is sponsored by Aggieland Credit Union.

Disney’s Beauty and the Beast features the Academy Award®-winning score with music by Alan Menken and lyrics by the late Howard Ashman, with additional songs composed by Alan Menken and lyrics by Tim Rice. The book is written by Linda Woolverton. The original creators of the Broadway production have reunited for this new touring production. The play is directed by Rob Roth and choreographed by Matt West, with Costume Design by Ann Hould-Ward (Tony Award® winner for her work on Disney’s  Beauty and the Beast), Lighting Design by Natasha Katz (five-time Tony Award® winner), Scenic Design by Stanley A. Meyer, Sound Design by John Petrafesa Jr. and Music Supervision by Michael Kosarin.

Disney’s Beauty and the Beast is the classic story of Belle, a young woman in a provincial town, and the Beast, who is really a young prince trapped in a spell placed by an enchantress. If the Beast can learn to love and be loved, the curse will end and he will be transformed to his former self. But time is running out. If the Beast does not learn his lesson soon, he and his household will be doomed for all eternity.

Based on the 1991 Academy Award®-winning animated feature film and celebrating 21 years since its Broadway premiere in 1994, Disney’s Beauty and the Beast is the ninth longest running musical in Broadway history that has become an international sensation seen by over 35 million people worldwide in 22 countries, and translated into 9 different  Beauty and the Beast @ MSC OPAS A Tale as Old as Time, Broadway’s smash hit musical returns to Rudder Auditorium on October 20 and 21 at 7 p.m. as part of the MSC OPAS “Positively Enchanting!” season. 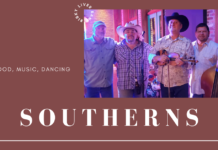