Pop! Six! Squish! Uh-Uh! Cicero! Lipschitz! Make your way to the MSC Box office to get your tickets to the #1 longest running American musical “CHICAGO!”

Described as “glittering hypnotically,” by the New York Times and rated “Broadway’s most electrifying show” by Entertainment Weekly, “CHICAGO” is a sexy, sultry and thrilling musical you don’t want to miss.

“CHICAGO” has everything that makes Broadway great. It is a dazzling and satirical look at fame, justice and the media machine. Set in the 1920s and based on real-life murders and trials, “CHICAGO” follows Roxie Hart, a wannabe vaudevillian star who murders her lover who “Had it Coming.”  Hart is arrested, despite her attempts to convince her “Funny Honey” and pushover husband to lie for her. In the Cook County Jail, Roxie meets her hero, the infamous double-murderess and nightclub performer Velma Kelly.

When both acquire the same greedy and lustful superstar lawyer, Billy Flynn, tensions come to a head as they “Cell Block Tango” for the spotlight. Instead of glorying in the spotlight , Hart and Kelly are  mugging for the flashbulb of the newspaper reporters. With catchy, sexy music and timeless lyrics by John Kander and Fred Ebb, “CHICAGO” is a musical spectacular that is as addictive as gossip rags and as unforgettable as any trial of the century. The show has even been turned into a funny, intelligent and utterly engaging book by Kander and Bob Fosse.

“CHICAGO” is a tale of fame, fortune and “All That Jazz.” The musical has one show-stopping song after another, and the most incredible Bob Fosse inspired dancing you’ve ever seen. The show has a had a 20 year lifespan full of “Razzle Dazzle” and has been honored with 6 Tony Awards, 2 Olivier Awards, a Grammy and countless standing ovations.

The MSC OPAS presents three days of back to back show-stopping nights of the triumphant musical. Audiences can catch showings of “CHICAGO” on April 17, 18 and 19 at 7:30 p.m. at Rudder Theatre. Tickets are available online at www.boxoffice.tamu.edu.

And remember, “When You’re Good to Mama, mama’s good to you!” 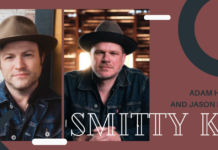 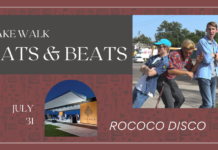 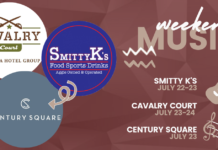 A Weekend of Music in BCS