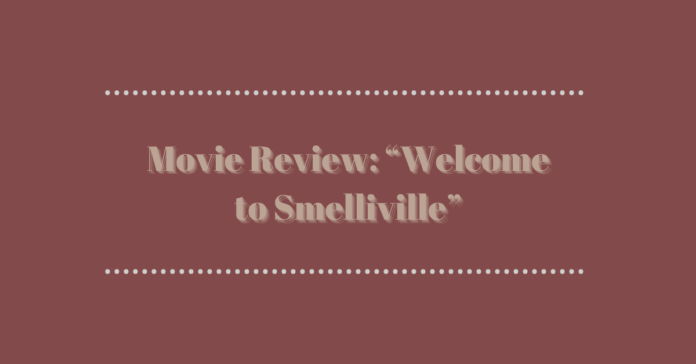 Green funny-looking creatures with a smelly pastime might be your kid’s next movie obsession. Or… maybe not. You’ll want to read up on this one before you devote 85 minutes to watching it.

This dubbed film takes place in a little town with a big garbage problem. The stench has scared away the town’s tourists and hurt businesses. Between their economy and the pollution, life in Smelliville stinks. As town leaders are searching for solutions, the Ogglies come in. Thankfully, these green creatures love trash. They live in it… and eat it. This could solve Smelliville’s problem, but it will take convincing for the rest of the town to accept them.

These creatures’ appearances alone are enough to make them memorable. They have little antennae on top of their head, curly hairs so few you could count them, and they’re always wearing a smile. Best of all, they’re no loners – there’s one big happy family of Ogglies.

The animation and premise of the movie are charming, but you might be disappointed by the rest. As the movie goes on, the jokes get grosser, and the nastiness of the characters’ habits often overpower their appeal. The movie has been criticized for its burp jokes for “immature audiences.” Despite this, the language used might include some of your kids’ “bad words.” For these reasons, mild violence, and use of substances like “anti-stress drops,” some parent guides recommend it’s for ages 8 and up. Unfortunately, the plot doesn’t make up for the humor. If you’re not a little disturbed by the garbage, you’ll probably get bored.

Despite the clear opportunity, the movie doesn’t convey a positive message. A “don’t judge” theme exists, but it’s never truly worked into the plot or consistent enough to get a point across. The solution to the town’s smelly problem does not address environmental concerns, but at least the Ogglies are happy living in their dump. Any few comments about compassion or recycling get lost in the potty humor.

If the garbage scenery, questionable language, discombobulated plot and occasional innuendos don’t bother you (or your kids), then give this movie a try. You might be won over by the unique visuals. But you’ll probably want to think twice before you press play.