There isn’t a lot in the box office right now, but thriller fans will probably enjoy “The Visit,” a horror/suspense flick that will grip your attention.

Director M. Night Shyamalan (you’ll probably know that name from “Signs” and “The Sixth Sense”) is back after a string of disappointing thriller/horror movies. “The Visit” is an enjoyable thriller that will wind your nerves and keep you guessing.

DeLonge and Oxenbould do a great job as portraying the dynamic of two young teenage siblings: protective but insecure older sister and goofy yet aware younger brother. Oxenbould brings comedic relief, delivering on some genuine laugh-aloud moments that don’t take away from the overall intensity of the movie.

The movie is filmed from Becca’s two video cameras in which she and Tyler operate throughout the film, so you see everything from their perspective. Admittedly, it was distracting and disorienting at times, but the found film method added to the overall feel of the movie.

More thriller than horror, the lack of music added to the suspense and will make you feel like something is about to pop out at you—which only happens a handful of times. The grandmother is the crazy one, having incredibly creepy moments throughout the movie. The grandfather, on the other hand, is dark and brooding, but does not become important until the last 20 minutes.

The end wraps up with a fantastic twist (and surprising moral) that will make up for some of the slower parts of the film. Satisfaction mostly guaranteed.

Rated PG-13 for mild nudity, language, and general horror. It earns a solid 6.5 out of 10 for both overall quality and scariness. 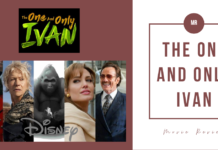 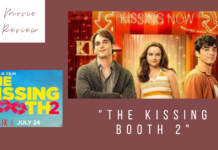 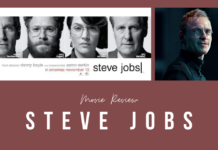