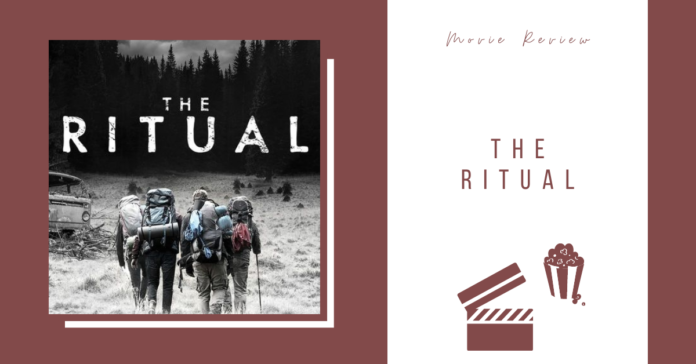 Although the spookiest time of the year may have passed, that doesn’t mean we can’t revisit less popular gems of the horror genre and also remind ourselves of yet another reason to never leave the hiking trail. “The Ritual” is a 2017 horror/mystery film from the British filmmaker David Bruckner and follows four friends on a hiking trip in Sweden. After one of them sustains an ankle injury, they are forced to chart through a forest and soon discover a sinister presence that forces them to deal with their worst fears.

For a movie with a seemingly ordinary setup, “The Ritual” (Rafe Spall, Arsher Ali, Robert James-Callier) is surprisingly visceral and psychological. Rather than relying on jump scares, the film uses genuinely creepy and unsettling visuals that leave the audience in a constant state of tension. Part of the story’s allure is the mysterious aspect to the characters’ plight; what is going on in the forest? Is it a monster? Is it all in our heads? Is anyone coming to save us? These are the questions that plague our main characters as the forest stokes the flames of conflict between them by dredging up traumatic and regretful memories as well as violent emotions.

The story and characters themselves are not all that carry this movie, however. The visuals of “The Ritual” are some of the best cinematography in the horror genre, with the shots being very intentional to hide the true nature of this ancient forest until it is too late for this group of modern men.

“The Ritual” is deeply unsettling and will satisfy the twisted sweet tooth of any fan of horror. Its visuals and character motivations will keep you invested in their story and also keep you guessing.