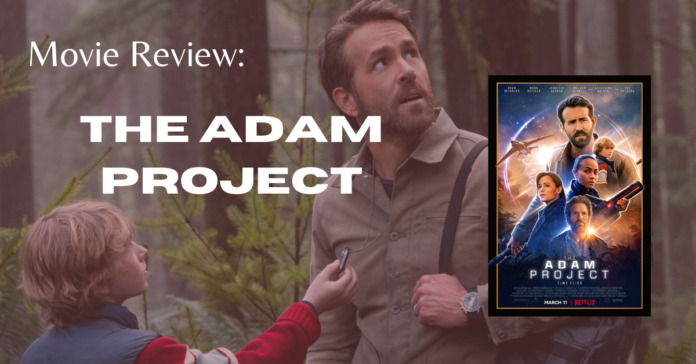 What would you do if you could time travel into the past? Would you want to warn your younger self of all of the dangers in your future, or would you rather go on a wild adventure with them? “The Adam Project,” starring Ryan Reynolds as future Adam and Walker Scobell as young Adam, takes on this sci-fi concept in a Netflix Original film.

From the start, this movie is action-packed. With spaceships, guns, and lightsaber-looking weapons, this film was meant to draw the audience in with its creative fight scenes. We soon find that future Adam accidentally travels back to the year 2022, where he meets the younger version of himself. When young Adam figures out he’s met his older self, the adventures begin. On a journey to find future Adam’s wife, they run into danger in every corner. With a little bit of comedy and some sentimental family moments, “The Adam Project” is a fantastic movie choice for any audience.

It’s clear that the director, Shawn Levy, wanted to captivate the audience with mesmerizing cinematic scenes. It’s hard to make a movie about time travel look dull, so Levy made sure that the technology, space, and fighting scenes exceeded average expectations.

Reynolds’s self-deprecating wit and Scobell’s sarcasm add their own pizazz to the screen. The main characters had strong personalities that were meant to charm the viewer.

The film moves at a fast pace without any lulls, so for those of you who don’t like lengthy movies, you’ll get a kick out of this one.

Depending on who you ask, the only negative about “The Adam Project ” is that it had some cheesy moments. That might be expected with this type of movie, though. So, if you go into it knowing that there will be some rather corny moments, you’ll still enjoy yourself. 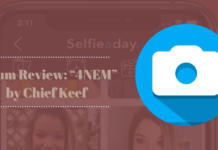