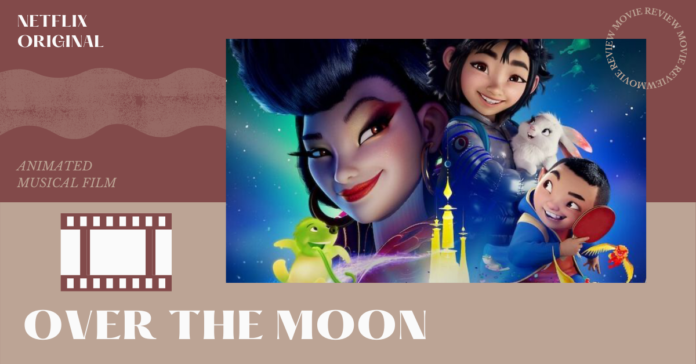 If you haven’t seen it already, Netflix’s “Over the Moon” tells a touching tale of emotional healing and moving on from loss. Don’t be fooled by the exterior of this animated musical film. It deals with heavy topics head on, and it does so well enough to touch the whole family, or even just an adult looking for a wholesome watch.

The movie features 12-year-old Fei Fei (voiced by Cathy Ang) in her attempt to preserve her mother’s memory by building a rocket. She flies to the moon hoping to meet Chang’e (voiced by Phillipa Soo), a mysterious moon goddess of Chinese legend.

The film delivers shocking character quality, first with exceptional main character development, and second with adorable supporting characters that only add to the story. While the movie features the occasional over-dramatic breakout in song best fitted for younger audiences, it recovers with dynamic, deep characterization. Fei Fei travels with a squishy, lop-eared, expressive rabbit companion named Bungee (voiced by Edie Ichioka), and on her adventures she meets a character named Gobi (voiced by Ken Jeong) with strong Olaf or Bing Bong energy. It’s these supporting characters that keep you laughing and engaged throughout the plot.

A family movie with a storyline based on death is no easy feat, and this movie does not tip-toe around it. One song lyric toward the end of the movie says, “I know you’re feeling sadness. I see it in your eyes. The pain is overwhelming when a loved one dies.” It’s a touching moment that can teach younger audiences that it’s OK to feel sad, and connects with the experiences of older audiences. It’s rare to see such directness and raw emotionalism in a children’s movie.

The very things that make this movie so wholesome may initially deter you from giving it a try. The animation takes a turn halfway through to be more 2D and whimsical. Chang’e’s songs are almost Barbie-like at times. But as the movie progresses, you may appreciate the animation as beautiful scenery with child-like wonder, and certain details hint at a deeper meaning. By the end, some of the songs will deeply touch your heart, and the moments in between them will pull you in. 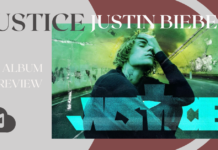