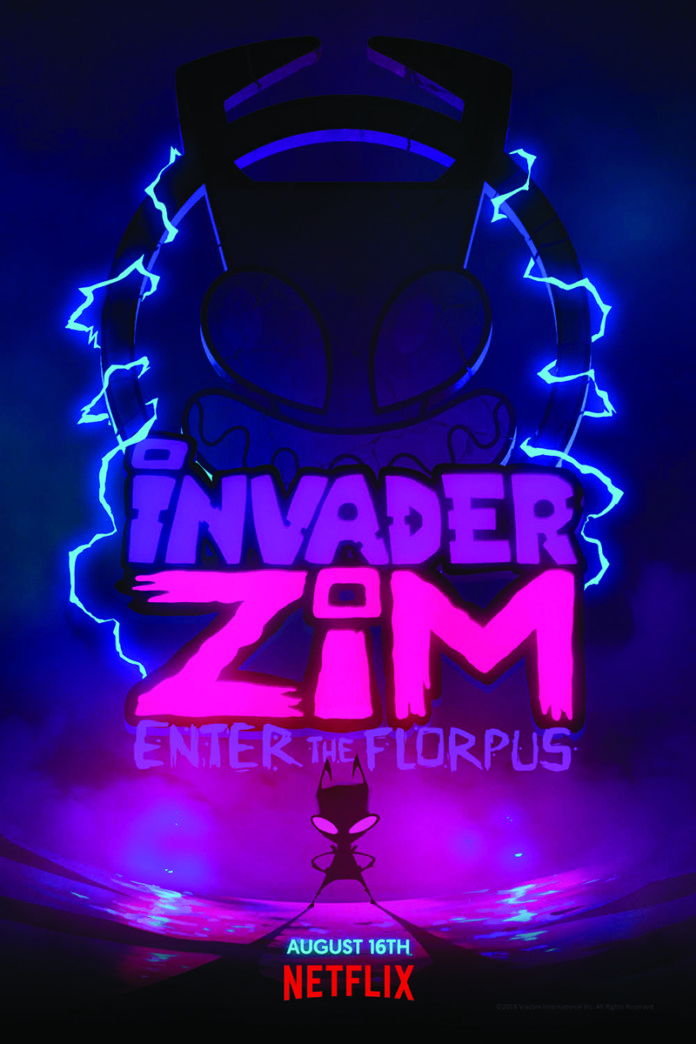 Cult classics have a special place in our society, both for their relative obscurity and their usual strangeness. From 2001 to 2002, “Invader Zim” ran on Nickelodeon, entrancing ‘90’s kids (and sometimes even their parents) with its grisly satire. It was a cartoon that leaned a little to the darker side, so it appealed to viewers of all ages and came out the other side with a rather diverse and dedicated fanbase. Its cult classic status was cemented recently with the 15-years-late addition of an “Invader Zim” Netflix movie, titled “Invader Zim: Enter the Florpus.”

The 2001 show followed Zim, a wholly incompetent alien from a race bent on subjugating Earth (which he calls “Urth”). Underestimated by both his peers and rulers—for good reasons—his plans always fail spectacularly. Zim and his small dysfunctional robot, Gir, constantly battle against Zim’s human nemesis, Dib, who is the only one who sees through their hilariously shoddy disguises.

“Enter the Florpus” essentially picks up where “Invader Zim” left off after being cancelled in the middle of season two. Since the show didn’t have much in the way of narrative arcs, it’s fairly easy for a newcomer to follow along with “Florpus.” There’s even a brief exchange early on in the film that serves as context for the uninitiated and a refresher for longtime fans. Viewers can revel in one hour of dark-tinged comedy splashed with a little social commentary in keeping with the original cartoon.

“Invader Zim: Enter the Florpus” is dripping with nostalgia, and acts as a monument to a show—and creator—that somehow manages to keep the same quirky spirit even after a 15-year hiatus. “Enter the Florpus” is streaming now on Netflix, but if you’re aching to rewatch the original show first, you can find all of “Invader Zim” on Hulu.