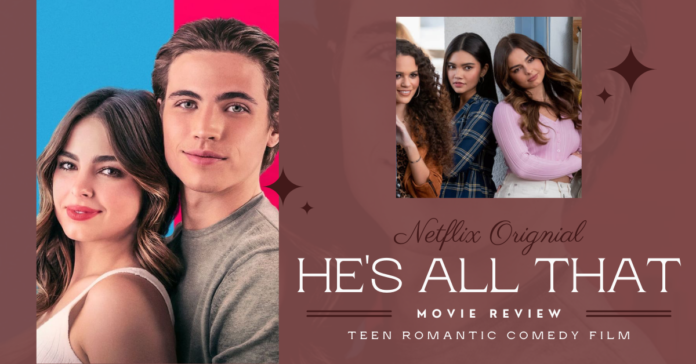 TikTok star, multi-millionaire and influencer Addison Rae is in the critic’s eyes again as she recently starred in the new Netflix Original movie, “He’s All That.” From being a normal girl going to LSU to dropping out and becoming an overnight sensation, Rae lands her first major movie role as she plays the character Padgett Sawyer. Although Rae’s name is everywhere in the press over her new movie, it appears that movie critics and her fans are not sold on the film as a whole, and it seems to have missed the mark that was so highly anticipated.

The movie has a predictable plot line where Padgett Sawyer, a popular high school girl who doubles as a social media influencer, tries to give a makeover to the high school outcast, Cameron Kweller (Tanner Buchanan.) Of course, like all teen bop movies, the two end up getting to know each other on a deeper level and end up falling for each other.  Due to the simplistic plot, the amateur acting and the cheesy script, it’s no shock that this movie has received lots of negative feedback.

Although the overall movie misses the mark, the key lesson that the movie attempts to teach its audience has some worth to it. Throughout the movie, the audience can see Padgett evolve from trying to live a “perfect” life on the outside and on social media to realizing her worth is found in her character rather than in the flashy things that come with being an influencer. Overall, this movie is best suited for a younger audience as its corny plotline will most likely leave you wishing you’d picked another movie.