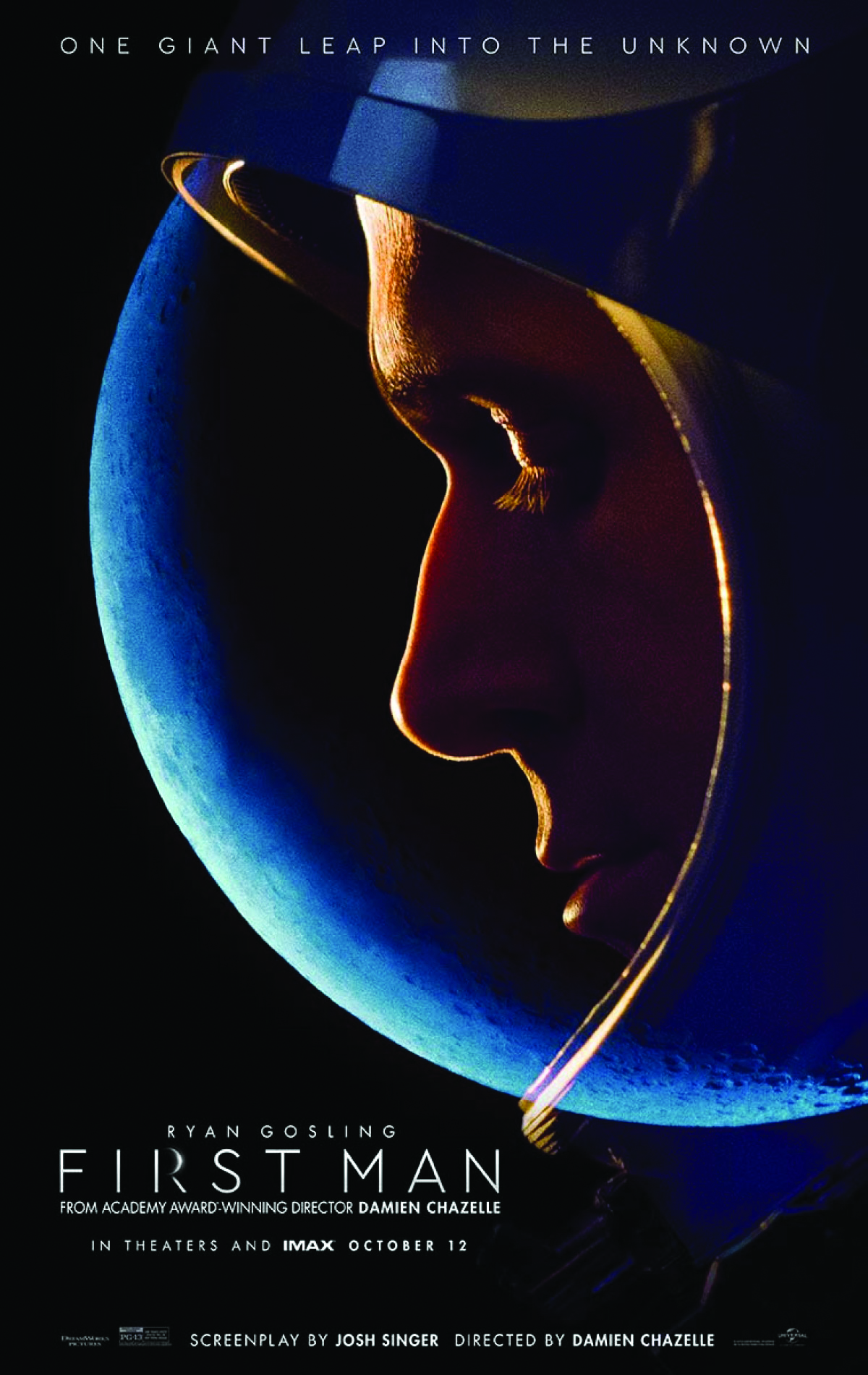 We all learned about it in history class. One small step for man. One giant leap for mankind. Man’s long awaited trip to the moon was a major accomplishment that almost didn’t happen. The journey actually consisted of multiple setbacks, including lives lost along the way. While a lot of this wasn’t covered in your history book, the Damien Chazelle-directed film, “First Man,” documents Neil Armstrong’s rise from NASA test pilot to man of the moon.

“First Man” starts with Armstrong, played by Ryan Gosling, test piloting the X-15 rocket plane and frantically searching for a cure for his two-year-old daughter’s cancer. Following her death, Armstrong applies for Project Gemini, starting his career as an astronaut. NASA’s quest to reach the moon is costly, and two of Armstrong’s closest friends, Elliot See and Ed White, are killed during the process. As history will tell you, Armstrong eventually reaches his destination, becoming the first man on the moon.

Being a historical piece, audiences shouldn’t expect to be surprised with the ending or by the dramatic moments during the film. “First Man” covers well-documented events from an insider’s perspective. While the outcome is known, the film still manages to introduce suspense by showing just how incredible the accomplishment really was. A million things went wrong, yet Armstrong and his crew were still able to make history.

Gosling delivers one of his best performances in the lead role. Great acting along with incredible directing was key for this film, as it could have easily tanked without it. “First Man” is a must see.