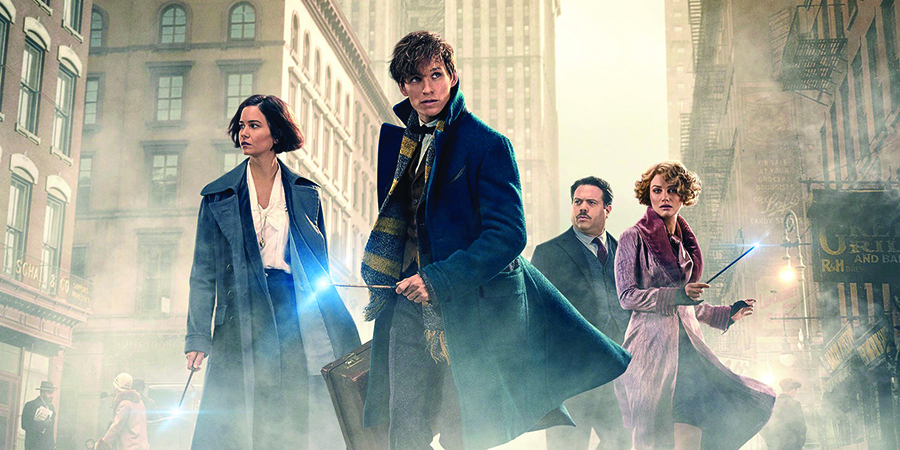 J.K Rowling’s magic continues in “Fantastic Beasts and Where to Find Them,” which is now in theaters in 3D and 2D. Directed by David Yates, the movie tells a story that took place seventy years before Harry enrolled in Hogwarts. The title is taken from of Harry’s required school books in his class, “Care for Magical Creatures.”

Eddy Redmayne plays the film’s protagonist, Newt Scamander. Redmayne does a fantastic job portraying the eccentric, awkward, and passionate Newt in his quest to educate the wizarding world on the amazing qualities of magical creatures. Dan Fogler stars as the equally important Jacob Kowalski, the hilarious non-magical.

Harry Potter fans and newcomers to Rowling’s world will love Yates’ creation. The movie had everything from humor, to sadness, to overwhelming joy. The creatures in the film were unique and adorable. The plot follows Newt into New Your where he has a job to do (we won’t spoil it). His suitcase is a little flimsy though and some of his creators get loose in the great city of New York. Fans get to see how America fairs in the wizarding world for the first time, as Newt runs into wizard law enforcement for bringing a suitcase full of magical creatures into the country.

We were a little nervous for “Fantastic Beasts and Where to Find Them” at first because sequels so often fall the hardest, but not this time. The movie truly lives up to Harry Potter’s legacy. Premiering only a couple of months after the release of the “Harry Potter and the Cursed Child,” Potter fans have been able to cushion the blow of a world without upcoming Harry Potter movies. Fantastic Beasts will fill the void of any Potter fan. It is a must-see!