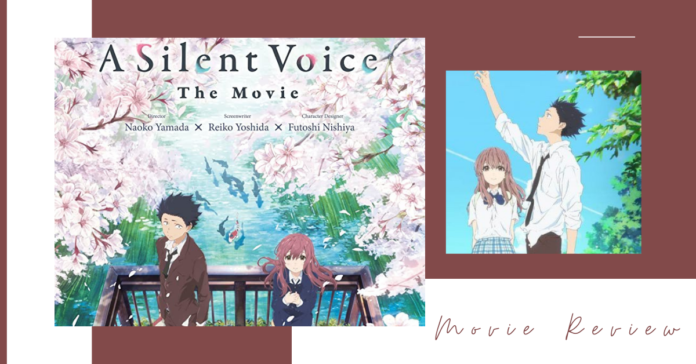 Although released in 2016, Naoko Yamada’s “A Silent Voice” is still a very relevant character study on the long-lasting mental health effects of bullying—not only for the victim, but for the perpetrator as well.

“A Silent Voice” is a Japanese animated film streaming on Netflix that primarily follows Ishida, a middle-schooler who leads a carefree life of goofing off in class and playing video games with his friends, that is, until a peculiar new student is transferred into his class. This new student, Nishimiya, is a girl who is unable to hear, which results in her being bullied by her classmates with Ishida as the main perpetrator of this abuse. After being socially ostracized for his treatment of this girl and his subsequent treatment of those around him, he finds himself on a journey later in his life to make amends and find some semblance of self-worth.

The sheer beauty of this movie, its art style, sound design, voice acting and also the writing and characteracterization is impossible to express in mere words. The film’s framing puts the audience in the shoes of the bully himself, rather than the victim, and we are truly able to feel Ishida’s regret for his treatment of Nishimiya. The result of his actions have left him traumatized and almost completely isolated from people his age, with his old friends having abandoned him as well as spreading the rumors of his bullying. As he takes his journey to making amends with Nishimiya step-by-step, he is joined by characters that try to connect with him but can only get so far before Ishida’s mental blocks stop them.

Although there is a romantic aspect of the film between these two characters, the circumstance that keeps them from being together is not an external factor like in other romance movies, but is instead a question of whether these characters can sufficiently recover from the trauma they have gone through to overcome the despicable past between them.

Writing is a large factor of why this film is so meaningful, but that doesn’t mean that the artists that crafted the film should be discounted. The animation and art style excellently encapsulate the tone of the film and the perspective of the characters. Whenever the movie is focused on Ishida by himself, for example, those around him are blocked from his vision by X-marks, as he is unable to truly connect with them until they reach out and the X is peeled away. Combined with a beautiful but also melancholic soundtrack, you will find yourself unable to tear yourself away from this bittersweet film.

Despite a rather long runtime at 2 hours and 10 minutes, “A Silent Voice” is a heart wrenching story about mental health and bullying with some valuable lessons for people both young and old. Japanese animation may not be everyone’s cup of tea, but this movie is certainly a good gateway into expanding one’s world of film. 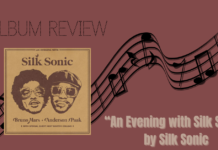 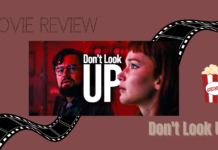