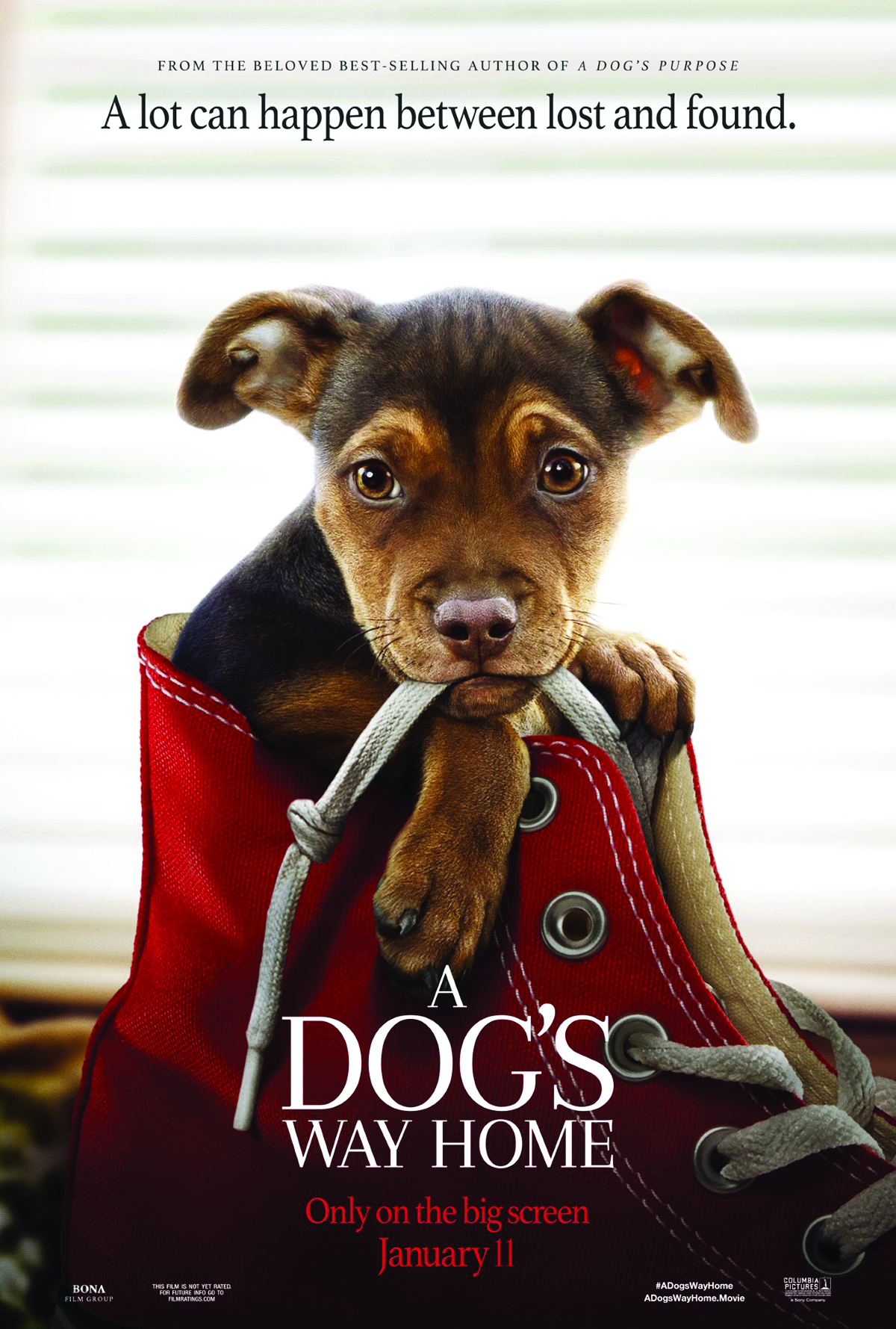 Man’s best friend is the star of the feel good film of 2019, but there’s still a lot to be desired from this movie.

“A Dog’s Way Home” follows Bella (voiced by Bryce Dallas Howard), a pit bull puppy whose mother is captured by city officials while clearing out abandoned structures. Lucas, played by Jonah Hauer-King, rescues Bella and takes her home to live with him and his veteran mother Terri (Ashley Judd). Following a situation where Bella is ruled a danger by the City of Denver and is sent to stay with family friends in New Mexico, Bella runs away in search of Lucas.

This film has a lot of potential, especially considering how similar films such as “Homeward Bound” have had success in the past. There was an opportunity for the movie to speak to audiences of all ages, and while it does on some levels, it primarily focuses on the younger viewers, and older generations are left to sit through an hour and a half of poor dialogue and cheesy situations.

While the movie lacks some substance, it does raise awareness to two situations that need to be discussed. The life after war for veterans is covered with references to issues they face, including PTSD, injuries, healthcare and job opportunities. The film also discusses laws regarding “dangerous” breeds of dogs, such as pit bulls. While neither issue is the focus of the film, it was nice to see these important issues talked about.

Overall, “A Dog’s Way Home” isn’t bad, but might not be worth the trip to the theater. Wait until it arrives on Netflix.