Texas natives Mike Ryan and Troy Cartwright will be bringing their soulful country sound back to the Lone Star State on March 3 at Hurricane Harry’s. As always, one of the best ways to take a breath and spend time with friends, Harry’s has two country standouts to satisfy your musical needs.

Texas country singer Mike Ryan got his start in 2010 when his EP, “The First One” was released only two years before he teamed up with Smith Music Group and released his full-length album “Night Comes Falling.”

The Mike Ryan Band released their sophomore album “Bad Reputation,” which hit the shelves in 2014. The song “Dancing All Around It” made major headway on the Texas airwaves but also went #1 on the Texas Music Charts in September 2014.

Releasing his lead single on his forthcoming album, “New Hometown,” Ryan plans to continue his success and only grow as a well-recognized Texas country artist.

Troy Cartwright got his start in 2013 when he released his five-song EP “Bull Run,” and took it one step up by winning the Rising Star Texas Music Award in 2014. Cartwright released his latest EP titled “Don’t Fade” in October 2016 making it on numerous Billboard music charts including a notch on the Top 100 on the US Country Chart. Though an up-and-comer, Cartwright will definitely be a name to pay attention to in Texas Country.

Sharing the stage with many Texas country singers already, Cartwright surely won’t disappoint when he joins Mike Ryan for the first time at Hurricane Harry’s.

Tickets are just $10 and can be purchased at Cavenders’ Boot City and Aggieland Outfitters on University Drive. Hurricane Harry’s will open their doors at 9pm, so take a break from midterms and enjoy a night on the dance floor. 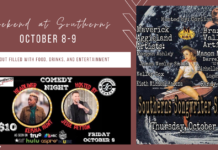 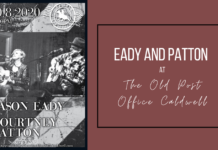