Losing track of time because you are so invested in a good story is arguably the best part about being a bookworm. Many storylines are predictable—for example, when the guy gets the girl in a Nicholas Sparks novel, the cheap mansion is haunted in Stephen King’s stories, and the most unsuspecting side character is the culprit in Scooby Doo. The unforgettable stories are the ones that are unexpected, and Paul J. Fowler captures this magic in his first novel, “Enmity” in the Thrones of the Watchers series. Fowler is a local author in the Bryan/College Station area who tells a one of a kind story based on the book of Genesis in the Christian Bible. This epic novel about the struggles of a family living in an unexplored time period is captivating and will keep its readers on the edge of their seats.

Growing up as an army kid with a career military father gave Fowler plenty of reasons to read a lot. “I loved fiction when I was young,” he says, “and just devoured books, and somewhere in college, I stopped reading.” After graduating from San Angelo Central High School, he attended Concordia Lutheran University majoring in communications, and eventually went on to get a Master in Biblical Studies. He started preaching in college, and is now a pastor at Life Church in Bryan. Becoming a pastor, he naturally had to read a lot of books, and while they weren’t the fiction novels he’d read as a youngster, his passion for reading and writing was sparked.

Combining his two passions for the Christian Bible and fiction, Fowler decided to go against the status quo and tell a story that everyone, regardless of religious preferences, could enjoy. “I love the book of Genesis,” says Fowler, “and it’s where I ended up spending a lot of time studying. There are time periods and characters there that are not explored in fiction.” The time period he explores in “Enmity” is understood to be a time immersed in myth, but there are no books that tell the story quite like Fowler does. The adult themes of this novel are best fit for teens and young adults, and are considered PG-13.

The dictionary lists the definition of the word “enmity” as hostility or mutual hatred between two groups or individuals, and this is the central drama in Fowler’s first book in the Thrones of the Watchers series. After Adam and Eve left Eden, chaos reigned over the globe and terrifying beings called Watchers roamed the land. Seth, the main character in “Enmity,” is the third son of Adam and Eve, who defended their family against fallen angels and giants that wandered the earth before the flood. “Very few people know about Seth or what Adam and Eve did after the garden,” says Fowler. Through thick and thin, this novel tells the ultimate story of family by exploring Seth’s strength through countless complications and challenges. Seth’s faith is tested in this gripping novel, telling of the Watchers and their giant offspring, suggesting the origins of evil that are manifest in our world.

Although his novel came out only three months ago, Fowler has begun writing the second book in the Thrones of the Watchers series because of popular demand. The series can be purchased on Amazon in Kindle and paperback formats, and Fowler hopes to get the novel out to more stores soon. Be sure to join Fowler every Wednesday at 7 p.m. as he hosts a virtual book club on the Thrones of the Watcher’s Facebook page. He will also hold a live Q&A on July 1!

To check out the Thrones of the Watchers series, visit https://bit.ly/3d9gn6X. 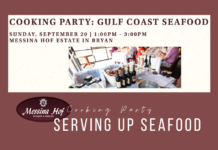 Serving Up Seafood at Messina Hof 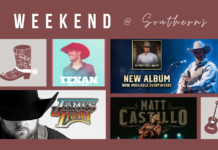 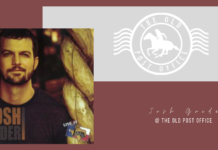