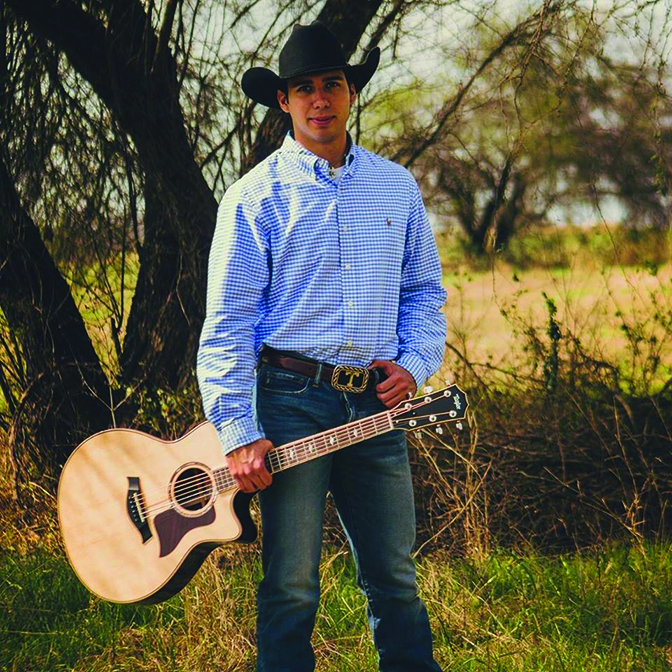 Aggies are no strangers to school spirit. Even among the many large, important Texas universities, the pride that A&M students and staff have for their school is legendary. This is blatantly obvious with country singer and Texas A&M graduate student Trey Gonzalez, whose trademark song “Welcome to the Home of the 12th Man” is a celebration of all things Aggie. Though the track was released earlier this year, Gonalez recently recorded a new version that includes a rollicking rendition of the Aggie War Hymn as a bridge to the rest of the song, turning what was already a celebration of his school spirit into a true Aggie anthem.

Though his undergraduate years were spent at St. Mary’s University, Gonzalez is currently pursuing his Ph.D. at Texas A&M, and he stays busy performing full time at bars, clubs, and dancehalls in the area. Gonzalez and his band The Road Less Traveled often traverse the road between College Station and San Antonio, playing as many shows as they can along their way.
Trey’s first EP, “The Journey,” was self-produced in San Antonio and released in January of 2018 and includes eight original songs. If you want to discover more about Gonzalez and his music, you can follow this link: http://bit.ly/2PDPhg7