Be sure to get out to the Grand Stafford Theater on January 28 as the Texas Music Pickers presents Jake Worthington and Shotgun Rider with special guest Brad Gomez. For those who are unfamiliar, the Texas Music Pickers are comprised of three Texas music promoters: Kelly Sims, Steve Fox, and Chris Fox. Their expertise in the Texas music scene led them to create the group who travel all over the state of Texas to hear all kinds of Texas music. The Texas Music Pickers preview, review, and sponsor showcases at local venues, and this week their spotlight lands on the Grand Stafford Theater and three local artists. The show will feature Jake Worthington and Shotgun Rider with Brad Gomez.

Headlining the showcase will be Jake Worthington. Hailing from La Porte, Texas this 19-year-old has already accomplished some incredible things in his music career. In 2014, Worthington successfully auditioned for a spot on The Voice. He was selected as a member of Team Blake and went on to be the season 6 runner-up. Following his success on The Voice, Worthington released 2 covers that reached the Top 20 on the Billboard Heatseekers chart. He covered Richard Marx’s “Right Here Waiting,” that hit #14 and Keith Whitley’s “Don’t Close Your Eyes,” that went to #17. Both songs would go on to reach the Top 15 on Billboard Country Top Digital Download’s chart. Continuing his success from the show, he went on the The Voice National tour where he continued to build his fan base. Last October, Worthington released his self-titled debut EP. The EP performed well, landing at #16 on the Billboard Heatseekers chart and #44 on the Billboard Country Albums Chart. Worthington will continue to tour over the state of Texas and across the United States, including opening slots at the Taste of Country Music Festival and Country Fest 2016.

Co-headlining the show is the duo Shotgun Rider. Shotgun Rider is comprised of Logan Samford and Anthony Enriquez, and both call small towns between Lubbock and Amarillo home. Samford serves as the lead singer, and one with an impressive vocal range. The other half of the duo, Anthony, is the lead guitarist and serves as the main songwriter for the partnership. Shotgun Rider got their break with industry Veteran Alex Torrez. A man with an impressive résumé, he holds the keys to help this duo make major waves in the Texas Music scene. Shotgun Rider’s self-titled debut EP was released in March of 2015 and is definitely worth the listen. After their show at the Grand Stafford, they will stick around in BCS another day to play a show at the First Annual Keg Race on Friday.

Brad Gomez grew up in Huffman, Texas. He began his venture into the world of music when he was 14-years-old when he began opening for a friend. Gomez has since made his way through bars in East Texas while he attends Texas A&M and has opened for some of Texas country and America’s greats. He has opened for Micky & the Motorcars, Clayton Gardner, and JB and the Moonshine Band. Currently, he’s working on getting his debut EP recorded and out into the market. Gomez has been a staple at local venues, has graced the stage at the Lakeside Icehouse, the Grand Stafford Theater, and World of Beer. Be on the lookout for this great new talent because he has a shot at becoming one of the next big Texas country acts! 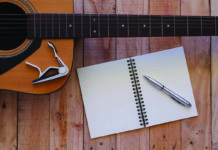