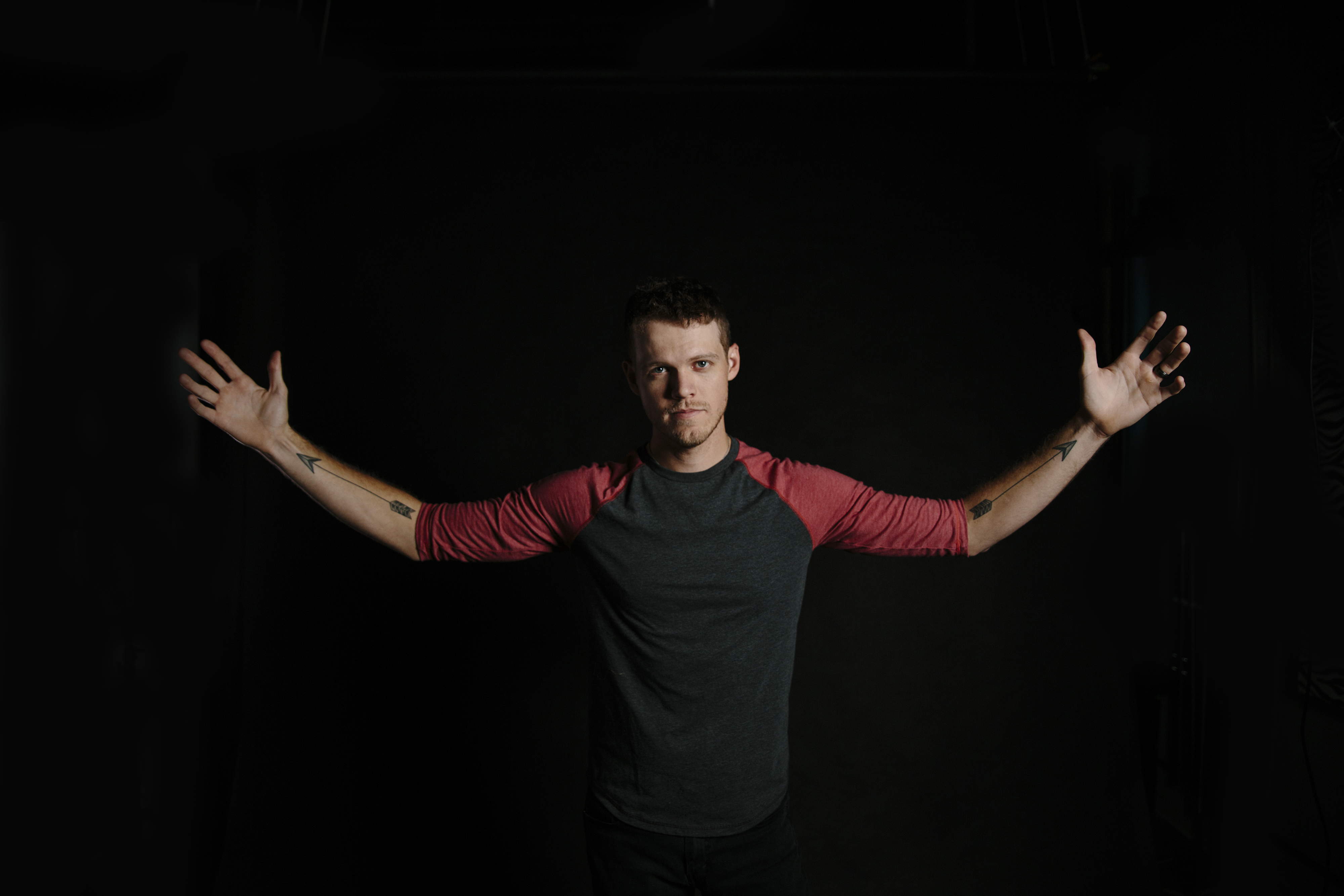 MW: Let’s talk about the new album; “Breathless” released in in February – debuting at #3 on iTunes’ country chart behind Chris Stapleton and Sam Hunt, a big accomplishment for an indy artist from Texas. We’re big fans of tracks like “Gravity” and “Second Hand Smoke” that have a bold lyrical character; how much time and effort went into the songwriting for the record?

SR: Well, the process of writing for the record was kind of pieced-together. There were songs that I already had done – like “One More Chance to Stay” – that didn’t make it onto “Outrun the Sun” but made it onto “Breathless” instead. So, “Breathless” came to be over the course of the craziest year of my life. Basically, I had been so busy touring and promoting “Outrun the Sun” that I hadn’t done much writing. I was so busy hammering highways and trying to put on the biggest and baddest shows that we could, when it finally came time to do this record, I was like ‘we aren’t ready – I don’t have the songs.’

So I just started pouring myself into my writing. I was working off the 80/20 method – where 80% of what I wrote was just not good, 20% was decent, and maybe half of that is songs that make it on the record. So, songs like “Second Hand Smoke,” that particular song came to be one night when we were going down the road. We had stopped at a truck stop – a Pilot I think – and I was walking into the store, it was late at night and we had fueled up and out by the big rigs, I walked by this old Peterbilt 379 and the driver was out by his truck lighting a cigarette with a wooden match. My granddad used to smoke Marlboro cigarettes and he’d light them with a wooden match. There’s really nothing like the smell of a fresh lit match on the tip of a cigarette. I overall hate smoking, but something about that smell took me back. It just made me think how memories are funny like that, something can just come into your life or you can just walk into a room with someone and it suddenly opens up this corridor of memories that you thought you had forgotten. That’s where the idea for the song came from, just like that secondhand smoke, every time he gets around her – it all comes rushing back. So I took what I had of that song – I had written about a third about a third of it – I took it out to Nashville where I had a last-minute writing session scheduled with Matt Nolen. Matt is a great writer. He’s been in Nashville for about 15 years but he’s originally from San Angelo, Texas. He asked me what I had, and I said that I had this song tucked under my hat waiting on the right day but maybe you know something about it. I told him it was about addiction, but being addicted to someone rather than something. And he said he knew a thing or two about that. Matt used to drink a bit but doesn’t anymore, and I too have had my bouts with the bottle. So we just connected over this song and when we finished, I was just like ‘man, that song.’ My wife Natalie shot a video of me doing an acoustic version of the song, and once we put it on YouTube, it just went viral. Rolling Stone picked it up, and that’s when they wanted to do that interview about me and “Outrun the Sun” and all that. So, that’s how that song came to be.

“Gravity,” however, is a song that is about getting away from all the things in life that just pull you down. I’m sure you know what it’s like to just need to get the hell away from everyone for a while.

SR: So, Chad, my good friend and drummer who I write with all the time, came out with me to Wimberley. Natalie’s aunt and uncle have this vacation cabin out there that I’m lucky enough to get to use now and then, and we were out there having a few drinks and trying to do some writing. I was just out on the back porch just sort of looking up at the sky, and I said to Chad, ‘you know there’s something about getting out here – away from everything – that helps put things into perspective.’ That’s the idea that “Gravity” was spawned from. It’s just about this guy who isn’t really popular but everybody knows him. He’s there at the party, but then he’s gone. You know what I mean? There’s something in him that just needs to get out, but hasn’t figured out a way to get out of town yet – so he just sort of disappears. As for the rest of the songs on the record, they all sort of came to be in about a six-month period. I wrote “Burn Me Down,” “Gravity,” “Second Hand Smoke,” “Breathless,” and “High On a Country Song” in this really tight span of time. Each one just helped to fuel this creative fire inside of me, so that’s how the whole record came to be. That also sort of pairs up with how the record was during recording, because we had been on the road so long that when we went into the studio, I had a hard time slowing down. I couldn’t slow my brain down enough to just focus on the songs. There’s this excitement, there’s this fear, anxiety, and apprehension about whether or not this record will be as big as “Outrun the Sun” was. For the longest time, I was just trying to out-write “Outrun the Sun.” I just had to give myself permission to do something different, and just realize that “Outrun the Sun” will always be great in itself and that “Breathless” will just be its own thing – which has turned out to be a hell of a record for us.

MW: You’ve be called to play some high-caliber stages – from Steamboat to closing out Houston Rodeo’s Hideout this year – what would you like to see as your next big stage?

SR: It’s kind of happening a little at a time with these bigger and bigger stages. Like last week we played The Grizzly Rose in Denver, which was a big stage that I’ve been wanting to headline for a while. We’ve opened for Cody Johnson there in the past, but we finally got to headline it – and it was awesome. But there’s big stages that I would be thrilled to play on. I’ve always wanted to play the Bridgestone Arena in Nashville along with plenty of other big places in Texas. You know, playing The Hideout at Rodeo Houston was more than awesome – but I want to play the main stage there one day!

MW: You have to love places like Gruene Hall and Billy Bob’s too.

SR: We’ve played Gruene Hall, which is awesome. And we’ve played Billy Bob’s but we’re getting our first shot at the main stage up there on July 15 this year – I’m super excited to headline that place.

MW: With music going almost 100% digital in today’s age, what does it mean for you to have more than two million streams on Spotify? Are you able to wrap your head around that number?

SR: Yeah, I can wrap my head around it. I think when you create a portal for people to experience music right at their fingertips, they don’t have to flip a record or mess with discs, they just click it on Spotify or just put it on shuffle and it’s there – it just makes music much, much, much more accessible to people. For me, it’s incredible. There’s always that part of me that wishes that number were two million record sales – that would be awesome! Yet, at the same time, I’m just eternally grateful that people have access to my music, along with so many other folks’ music through platforms like Spotify. I think that’s how a lot of new artists get discovered nowadays, through suggested feeds and such. I think it’s wonderful, but I’m not satisfied, I want to turn those two million plays into ten million plays.

MW: We know that “Breathless” just came out, but are you already thinking about your next record and what type of feel it’s going to have?

SR: Oh yeah, definitely. That was a lesson learned from “Outrun the Sun.” I had put the pen down for a while and it took a certain amount of conditioning to get back in shape as a writer, but after finishing “Breathless,” I haven’t come out of that creative state yet. I’m planning to demo a lot of the next record at my house. I bought a lot of basic recording equipment so I can just run through it at home and get a definite feel for it. With “Breathless,” we basically had 30 days – I went in there and made the record in a month. With the next record, I want to go in there and take some time – at least two months!

MW: One more for you, this is your second time playing in College Station this semester alone; is there something in particular that you enjoy about playing in front of an Aggie crowd?

SR: Man, the heart! The heart of an Aggie crowd, for me, is what it’s all about. Every time we play in College Station, it’s a good time. As a performer, you have to bring energy to the stage, but Aggies bring energy to the room. It’s inspiring. Some of the best shows we’ve ever play have been right there in College Station. I remember partying in College Station, my cousin graduated from Texas A&M and we used to go out to The Hall of Fame. I don’t know though, man. There’s just this synergy between our stage and an Aggie crowd that I just can’t get enough. I’m always super excited to get back out there!