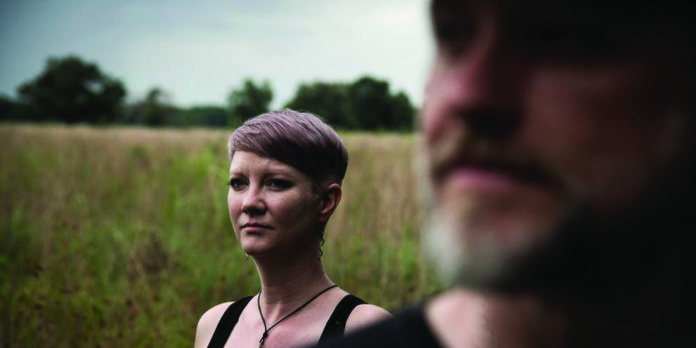 With a music scene as active as the one in Texas, it can be difficult for bands to get acknowledged by a wider audience. It’s not impossible though; the Houston based duo Grifters and Shills, who just recently signed with a major label, are proud to be releasing their new album “Pretty Little Secrets.” The album boldly stares down the contrasts of life—light and dark, sin and redemption, in 15 original songs  and will be released November 9. To celebrate, they will be holding a handful of release parties, one of them on Saturday, November 16, at Bryan’s 5 Knocks Speakeasy.

Taking inspiration from a wide range of influences — from the vagabond folk singer Tom Waits to heavy metal legends Slayer — Grifters and Shills have spent the last decade honing their craft. Rebecca and John Stoll, the duo that forms Grifters and Shills, met while performing in classic rock cover bands eleven years ago, and there was an instant connection between them. After finding their sound, a genre they coined called ‘High Lonesome Heavy Metal,’ Grifters and Shills was ready to to record a brand new album, “Pretty Little Secrets,” their first all original project in five years. “It ended up being a massive undertaking,” they said, but one that they are extremely proud of. Grifters and Shills are also ecstatic to announce that they have recently been signed by a major label, the South Carolina based Spectra Music Group!
Grifters and Shills believe that their success never would have “happened without everyone’s generosity, friendship, and time spent coming out to our shows.” This thankfulness extends to the music scene in B/CS, which Rebecca and John “feel a huge honor in being a small part of.” If you want to come check out the major label debut of a talented Texas band who sharpened their skills in your own backyard, head on over to the 5 Knocks Speakeasy this Saturday at 9:00 p.m. You can discover more information about the event by following this link: http://bit.ly/34wJHR0 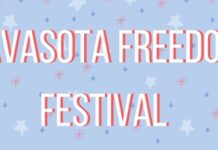 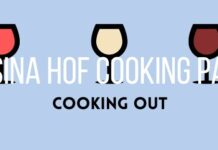