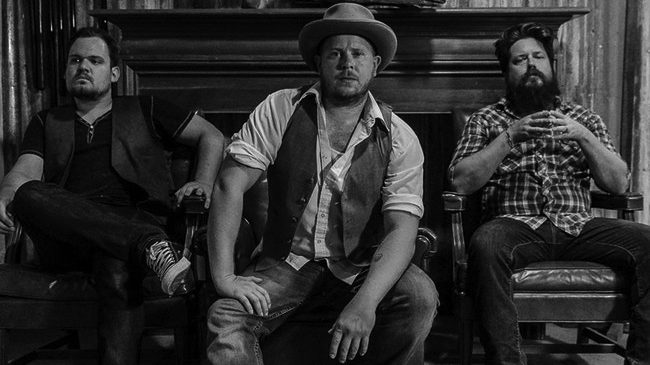 For some of us, the arrival of fall might mean heading back to class or work at our job ramping up, but it also means that autumn festivities are now upon us. With events happening all over town, from great food to free shows, it might be difficult to choose how to celebrate, but you can’t do much better than checking out Downtown Bryan’s September First Friday and their chief venue, the Grand Stafford Theater, who as usual will have a free concert.

Known for offering free concerts on the first Friday of every month, on September 6 at 7:00 p.m., the Grand Stafford Theater will be hosting the New Braunfels-based Zack Walther Band. Formed around songwriter, singer, and multi-instrumentalist Zack Walther and his best friend and drummer Matthew Briggs, the band plays an immediately recognizable style of Americana music that sounds like the Texan landscape brought to life; one song might be a hard-driving rock and roll number that conjures up images of late nights in bars, while another track sounds like it would be at home on your local country station.

The highlight of the Zack Walther Band’s performances is, unsurprisingly, Zack Walther himself, who is also a classically trained vocalist on top of being a multi talented instrumentalist. In fact, he likes to tell an interesting anecdote about that fact: when he studied music in college, he was asked to pick an instrument to focus on, “and — no accident — he chose his own voice.” This choice shines through in his powerful vocals, which howl over all of his songs with the might of a fire-and-brimstone preacher.

Drummer Matt Briggs is also a high point of the Zack Walther Band’s shows. He has made a name for himself in a couple of ways. First of all, unlike most drummers, Briggs stands up during shows, bringing an energy to live performances that some shows lack. He is also known for something else a bit stranger: instead of using a bass drum, “his bass pedal is beating on the side of an old suitcase.” The close friendship between them and the strong personalities of Walther and Briggs shine through their songs.

The Grand Stafford Theater is a staple of Downtown Bryan at this point, offering their stage for many weekly events and hosting some incredible live shows. Don’t miss this chance to catch a free one!

The Zack Walther Band plays this Friday, September 6, at 7:00 p.m., but if you need more information about this event or want to check out some of their premium options, check out the following link: http://bit.ly/2zsQPAk