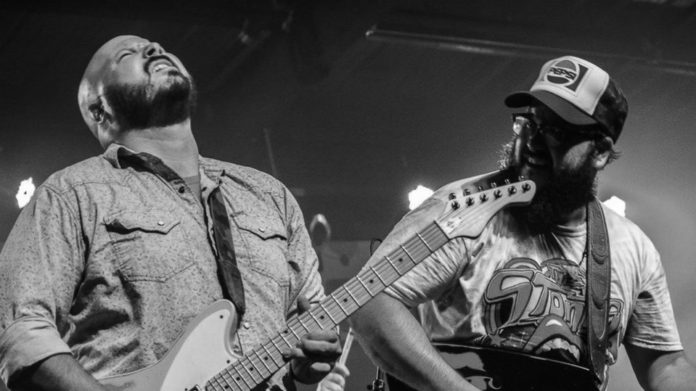 The Reed Brothers are back again at the Grand Stafford Theater for a Friday night full of live music and fun! This time local country band Prairie Switch will be joining the brothers for their performance. On Sept 20, you can expect an evening full of Americana and country: “real life, real music!”

The Reed Brothers, Keegan and Kyle Reed, are San Antonio, Texas, natives who after a life filled with musical inspirations and encounters realized their passion for music. This ultimately allowed them to come together to form their band the Reed Brothers, which demonstrates an array of distinctive songwriting and musical skills. The Reed Brothers have a wide interest in music from artists such as Jason Isbell, Buddy Guy and Miles Davis, which influences their style. The band’s music covers multiple genres  and includes Americana, blues, and rock. With their versatility and energy, Keegen and Kyle Reed bring fire to the stage.

Prairie Switch hails from El Campo, Texas, and takes its name from the town’s early 1800s name, so called because it was a switching point on the New York, Texas, and Mexican railroad. Prairie Switch is a four member band that plays country tunes with a folk twist influenced by Texas country, Southern rock, and folk/Americana that will have the audience engaged throughout their performance.

The Grand Stafford Theater is a live music and private event center with a fully equipped bar. The theater might be 100 years old, but it can fit up to 400 people. General admission is $5 and can be purchased through the Grand Stafford Theater website or at the door on the day of the event. Doors open on Sept 20 at 8 p.m. and music starts at 8:30 p.m. This event is open to all ages.