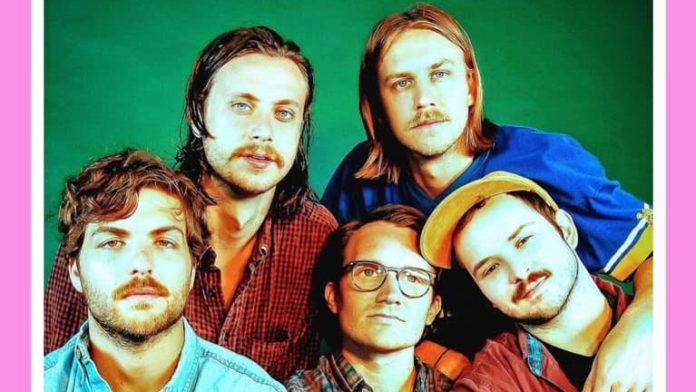 No need to say your goodbyes to summer yet! The Grand Stafford Theater has just the thing to cure your back-to-school blues. So grab the last of that summer spirit and swing on over to experience a performance featuring bands Duncan Fellows and RELIC!

Duncan Fellows is a five-member band, first formed by the inspired minds of Colin Harman and Cullen Trevino in an AC-failing, 14-resident house during the molten-hot summer of 2012. Band members Jack Malonis, David Stimson, and Tim Hagen soon joined the band, and now after releasing two EPs and a full-length album, these five are at the forefront of the Austin, Texas, indie music scene with catchy, tongue-in-cheek lyrics and a unique, dynamic sound! Duncan Fellows has found popularity on KUTX and Spotify’s Feel Good Indie Rock playlist. With an energetic and magnetic attitude, Duncan Fellows has no problem taking the stage and is sure to dominate at this weekend’s performance!

Performing as well that evening is RELIC, a band of three from the heart of Texas. There’s vocalist Jake Baker on guitar, Nathan Slonaker on drums, and Elias Lopez on bass. These three young artists are paving their way toward growing their band but also their rock n’ roll sound. RELIC brings a lively and uplifting edge to modern rock and a folksy, calming sound to their music. As they make their way through the music scene, with soothing vocals and a tenacious instrumental sound, RELIC is here to impress. So go ahead and grab your friends and join the Grand Stafford Theater in topping off your summer with a bang!

The performance takes place on Saturday, August 24, with doors opening at 8 p.m. and music beginning at 8:30 p.m. Tickets are available in advance for $8 online or for $10 at the door.To purchase tickets for the event, visit https://bit.ly/30b354h.