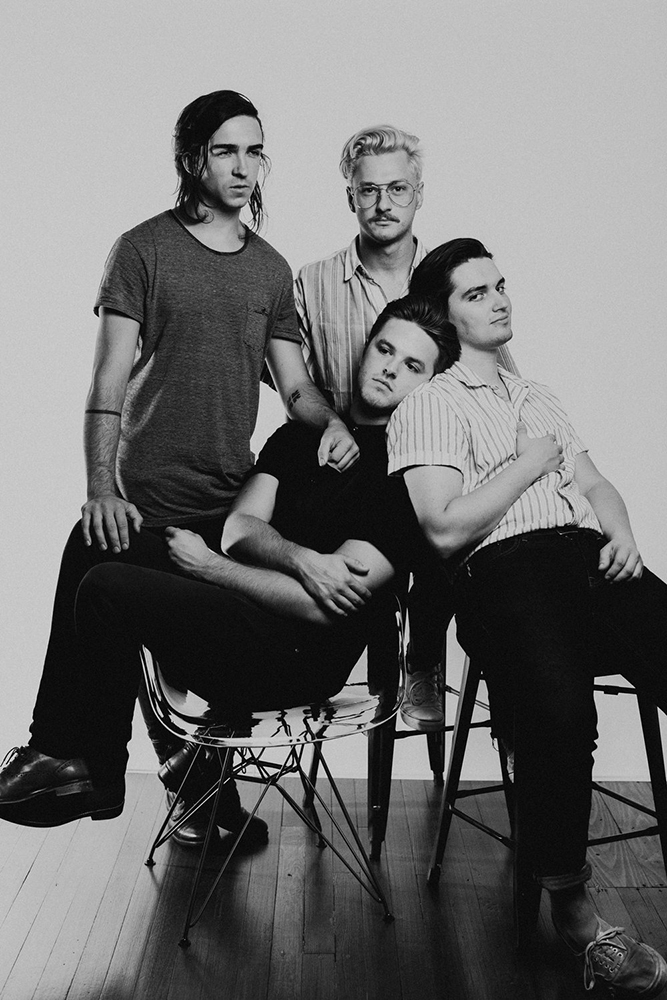 What’s just right to cure spring fever? A concert at the Grand Stafford Theater! Indie rock band Honest Men will take the stage alongside Vacation Manor and Night Traveler to present a concert that will have the crowd going crazy for more! Come on down to the Grand Stafford on Saturday, April 27 in Downtown Bryan for an evening that’s sure to blast your spring jitters down the block. Doors open at 8 p.m. with music beginning at 8:30 p.m. Tickets are available online now and at the door!

First forged in the halls of Baylor University, Honest Men became more than ‘just a garageband’ after winning battle of the bands in 2015. The band, featuring lead singer Seth Findley, guitarist Brooks Whitehurst, and drummer Zach Solomon spent the majority of the next year crafting their own bright indie sound and playing small shows around Texas before adding Nathan Wallace as bassist. At last fully formed, Honest Men travelled to Nashville in 2016 to record their debut EP, “Okay Dreamer,” that self-released in January 2017.

With their hit single “Colors,” Honest Men headlined the EP and performed live shows all over Texas for the next year while becoming opening acts for bands like Smash Mouth, Kings Kaleidoscope, Colony House, and many others. In 2018, Honest Men relocated to Austin and recorded a follow up, self-titled EP that released that May. “Honest Men” showcases the band’s more polished, versatile sound while still featuring that cool Indie rock style. The EP features many singles like “Mad Love,” “Rose” and “I’m Okay” that display the mellow slow sound the band can also create. Honest Men continue to write songs and perform in shows across Texas.

With more than 5 million Spotify streams, Vacation Manor is a well-known band among Indie rock fans. The Nashville-based band features singer and guitarist Nathan Towles, drummer Cole Young, bassist Dane Spearman and Carson Cody on keys. Together, the band has performed around the Midwest and East Coast, opening up shows for Colony House, Magic Man and more since releasing their first EP, “Girl, Say” in 2016. Their latest album, “Everything I Can’t Say Out Loud,” released in September 2018 and features seven songs that really highlight the band’s unique brand of upbeat yet at the same time mellow music that incorporate warmth with that sense of happy times. With songs like “All a Dream” and “Somewhere Soon,” listeners will be falling for the ‘perfect for making memories’ sound the band creates.

Fans will be able to enjoy the cool-kid sound that band Night Traveler has created over the years. What first started out as friends helping friends soon grew into a duo that can’t be matched. Adam Fischer and Hunter Glaske came together in February 2018 and created an otherworldly sound they describe as “ghosty”— heavy on the synthesizers and electric guitar. With their powerful vocals, the two produced many singles, including “Electric Love,” “1984” and “Missing You” that will ‘haunt’ listeners with emotions of romance.

Tickets are available online and start at just $8, then increase to $10 if purchased at the door. Grab some friends and come enjoy a night full of chill vibes and fun!

For more details and/or to purchase tickets, please visit https://bit.ly/2UJcnpA