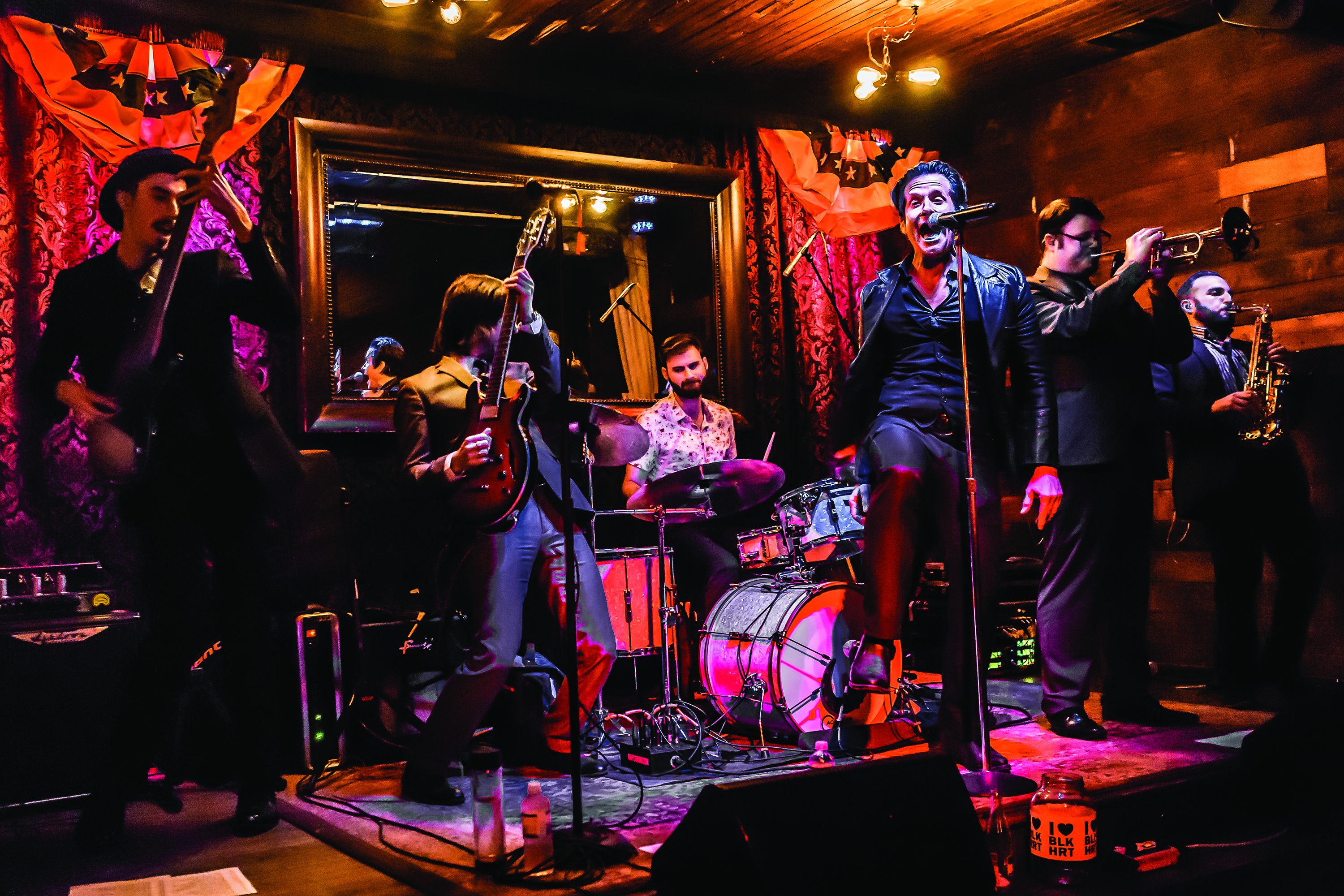 First Friday in Downtown Bryan will take place December 2, and the Brazos Valley resident Joey McGee is a songwriter native to New Orleans. Grand Stafford has some exciting performances planned. The Stafford McGee is another artist with a unique sound. This fusion of soul, country, rock, will be welcoming Roxy Roca, Keeton Coffman, Joey McGee, Jenna McDaniel, Matt Martinez and the Lonely Wheel. Each of these performances will work together to build a unique atmosphere inside the theatre that is perfectly fit for First Friday.

One of the main performers of the night, Roxy Roca, is a southern soul band based in Austin. This band is heavily influenced by funk/soul legends of the late 60s as well as rock ‘n’ roll pioneers such as Little Richard, and their unique and infectious sound captivates listeners’ spirits. This band began in 2010 and has been described as a powerhouse of their genre. Their sound has been given the name Dynamite Texas Soul for its explosive horn-powered southern soul that Texans are blown away by.

Also performing is Keeton Coffman, a small town Texan with a rock and roll soul. His recently released album, “Killer Eyes,” is described as Heartland Rock and Roll and have a variety of songs ranging from upbeat pub songs to gospel infused tracks. Coffman is made for the stage and these two performers will be the highlight of first Friday.

Brazos Valley resident Joey McGee is a songwriter native to New Orleans. McGee is another artist with a unique sound. This fusion of soul, country, rock, and blues also features a Creole-Cajun spice that keeps you on your toes. McGee is known for for solo work as well as with his band and is spontaneous on stage; you will never predict what he will do next.

Another excellent performance will be from Jenna McDaniel. This artist was born to be a performer and has had a passion for music her entire life. Reba, Faith Hill, and Taylor Swift inspired McDaniel at a young age. She picked up a guitar in sixth grade and began her career as she wrote songs inspired by the honesty and reliability she found in Taylor Swift’s early albums. Taylor Swift heavily inspired her, but she has carved out her own path in which her sheer talent separates herself from other country artists.

This First Friday, The Grand Stafford will be exactly where you want to be. General admission is free and all ages are welcome at this family friendly event. Other ticket options are available with a premium pass for $7 and reserved tables for $70. Those tickets can be purchased online, but ticket purchase or download is not necessary for entry. The doors to this event will open at 7pm on December 2 at the Grand Stafford Theatre.