The Rotisserie Chickens with Aaron Stephens as one part of the night, followed by Mystery Loves Company. The Rotisserie Chickens is a ska band made up of a variety of talented artists, each with their own specialty that came together in a northern suburb of Dallas, TX. The band consists of previous indie folk band members, metal band artists, and then two instrumentalists that play trumpet and trombone. The diverse elements of the band make a unique sound unmatched by any other band, showing that the mixture of indie, metal and traditional instrumental music may be taking a risk, but offers an exciting and new type of music.

Aaron Stephens is an independent artist from South Texas that made his start in the Austin after completing a college degree in San Marcos. Stephens released his debut full-length album in June 2014 with it gaining fame in its early stages when it was awarded #9 on Lone Star Music Magazine’s Top 10 Americana Albums of 2014. He has played in famous venues around the state such as Gruene Hall, Continental Club, and even at the Luckenbach Blues Festival. Having supported notable artists like Leon Bridges, Uncle Lucius and Cody Canada & the Departed, Stephens puts on a show with his Americana roots that have an element of blues and soul.

Mystery Loves Company is a Chamber Rock duo and band from Houston, Texas, touring the state with their melodic sound that is sure to create an emotional atmosphere in every one one of their concerts. Mystery Loves Company boasts profound lyrics tagged along with close harmonies that speak to the audience on a deeper level, and this appeal grows their fame on a local and national stage. The two members are masters of their instruments with Carlos A. Machado on the guitar and Madeline Herdeman on the cello, each vocally and instrumentally bringing a one of a kind performance.

The performances are free to the public next week at the Grand Stafford Theater. More information can be found on their site at grandstaffordtheater.com/event. 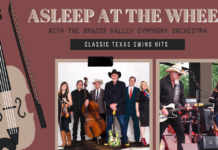 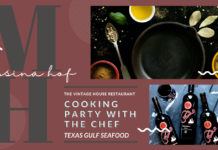 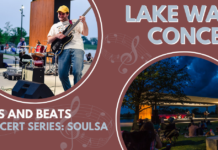