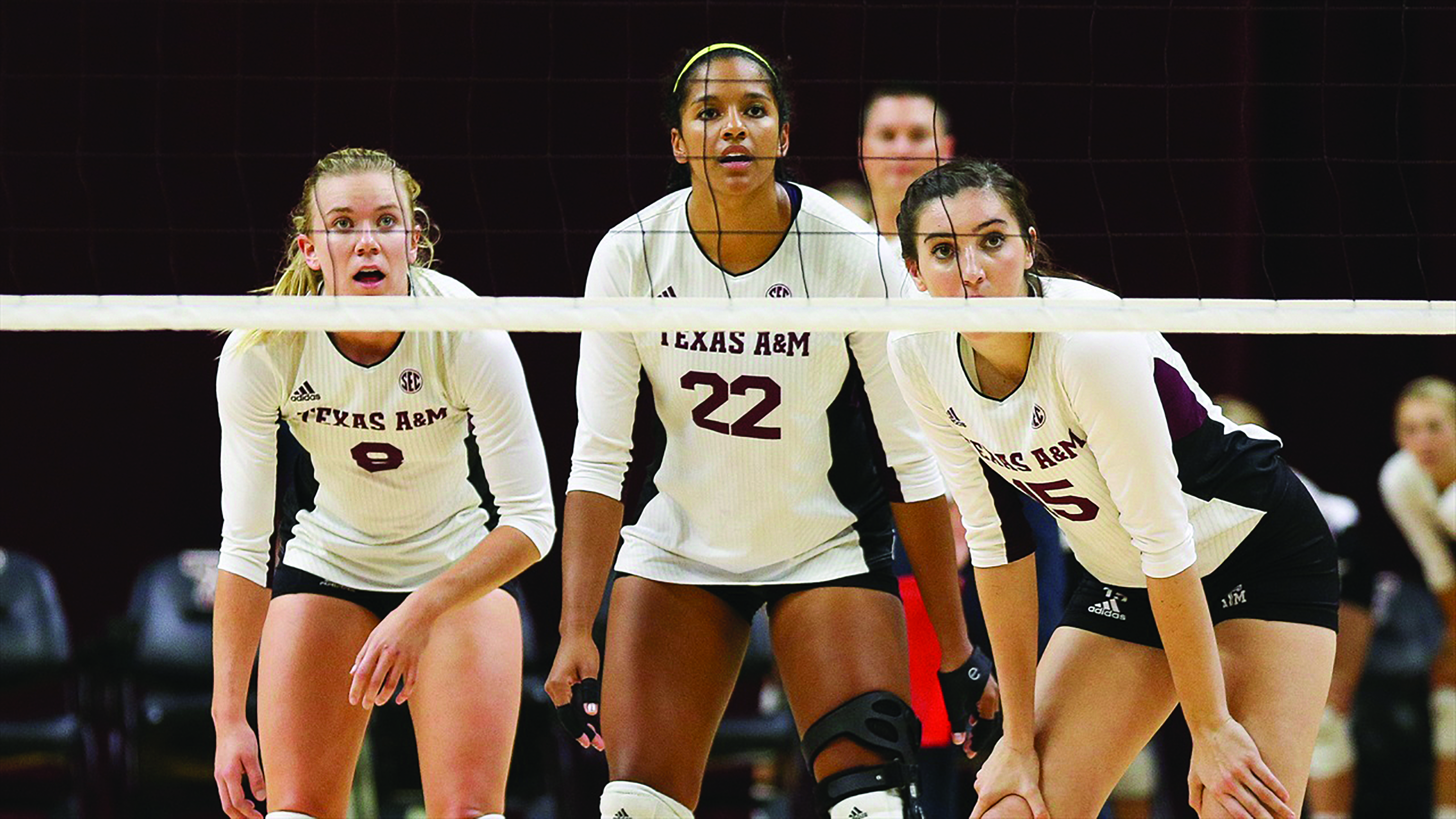 While football is the talk of the town in College Station, the boys in maroon and white aren’t the only teams having success in Aggieland.

Texas A&M Soccer ended their season in the second round of the NCAA tournament to seventh ranked USC. The game headed to overtime afte rending in a 0-0 draw, though USC would prevail in a 4-3 penalty kick shootout. This was Aggie Soccer’s 22nd consecutive NCAA Tournament bid, all coming under head coach G. Guerrieri. The Aggies are one of five schools to make it to every NCAA Tournament since 1995, the others being North Carolina, Notre Dame, Virginia, and Penn State.

Texas A&M Volleyball completed their regular season with wins over LSU on Senior Night at Reed Arena and over Auburn in Alabama. The ladies finished 21-8 overall, with a 15-3 conference record. They were selected to participate in the NCAA tournament and will head to Austin to play against the Mustangs

Texas A&M Women’s Basketball has started out the season strong and undefeated and looks to continue that streak as they take on USC at Reed Arena bright and early at 11am on November 30. After that, they will head to Dallas to take on SMU and Fort Worth to go against TCU before returning to Reed Arena on December 10 at 2pm. The Aggies will begin SEC play in College Station against Vanderbilt after the new year on January 2 at 6pm.

On the men’s side of things, Texas A&M Men’s Basketball spent the Thanksgiving holiday in Los Angeles participating in the Wooden Legacy Tournament. They advanced to the championship game after a big win over Cal State Northridge and a comeback win over Virginia Tech. However, the Aggies fell to #14 UCLA 74-67, landing at 4-2 on the season. The men will return to action at Reed Arena on December 5 at 7pm against the Islanders of Texas A&M Corpus Christi. They will open SEC play against Tennessee on December 29 at 8pm also at Reed Area. That game will be televised on the SEC Network.