Friends of Chamber Music Film Series at Queen Theatre: Death on the Nile 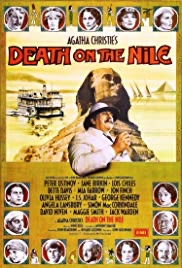 In anticipation of the Italian Saxophone Quartet performance on January 23, Friends of Chamber Music Film Series presents Death on the Nile, a crime thriller film directed by Kenneth Branagh, with a screenplay by Michael Green, based on the 1937 novel of the same name by Agatha Christie. In the spirit of this thrilling crime-solving puzzle, the audience is invited to figure the connection between the film and the upcoming concert by the Italian Saxophone Quartet!