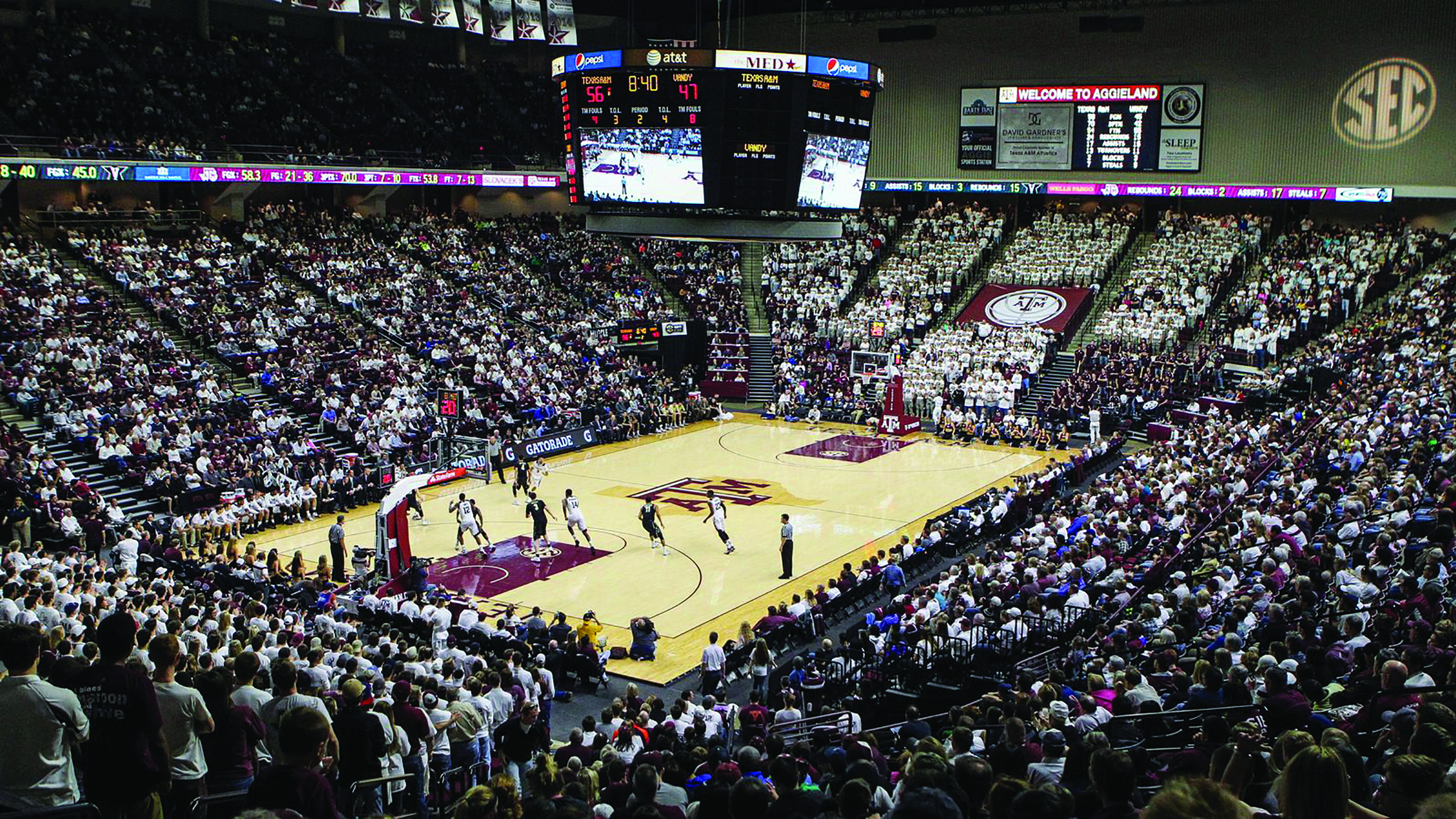 As the final step before the regular season, Texas A&M Men’s Basketball topped St. Edwards, 87-69, in an exhibition game on Friday.

Coming off an SEC Championship season and a Sweet 16 appearance, expectations are high for Billy Kennedy’s squad this year. The team said goodbye to some big name starters including Alex Caruso, Danuel House, Anthony Collins, and Jalen Jones as well as fan favorite Kyle Dobbins.

Jalen Jones, Alex Caurso, and Danuel House found their way into the NBA after successful collegiate basketball careers. House even made the active roster with the Washington Wizards to kick off the 2016 – 2017 NBA season.

Back in Aggieland, the results of the exhibition game seem promising for the Aggies. Without starters DJ Hogg and Tyler Davis playing in the match- up, there were four players in double-digit point totals; Admon Gilder, Tonny Trocha-Morelos, Tavario Miller and freshman Robert Williams.

Davis was out with a sprained ankle and the decision on Hogg was made earlier in the summer according to Billy Kennedy during the postgame press conference. Coach Kennedy had a couple of complaints about the game overall, mostly upset about some lazy passes that turned into turnovers, but overall thinks that this young team could go places this year.

Freshman Robert Williams turned heads, shooting five of seven for 16 points. In addition, the youngster racked up nine boards and blocked six shots, which Williams sited as his best attribute during the post-game conference.

In addition to Williams, the Aggies welcome new comers Eric Vila, JC Hampton, Mark French, Caleb Smith and JJ Caldwell. Caldwell was a very highly sought after prospect, but was deemed ineligible for this season by the NCAA.

This team is young, but talented. Go pick up a Reed Rowdies shirt at the MSC Bookstore (it will get you to the game about 15 minutes early) and get to Reed. Let’s show the defending SEC Champions some support from the 12th Man.