5Ks, half marathons, marathons and everything in-between have been all the rage in recent years, especially in college towns. Its an easy way to get involved and help your community, but running in a 5K is no easy feat and often times it can be very intimidating going up against an experienced runner. However, in the Color Up 5K, the intimidation factor seems to be missing. Based in Texas, the Color Up 5K is a race where, instead of just running to the finish line, you get a party! With the four stations throughout the race, each runner will receive different colors made out of dyed cornstarch to toss into the air. With the option of running, jogging, walking, or skipping, runners are sure to enjoy themselves no matter how they get through the race. As if having fun with your friends wasn’t enough, the Color Up 5K uses the money raised to help local charities for the hosting community.

The Color Up 5K comes to College Station for a party at Wolf Pen Creek on October the 2. However, there’s an exciting twist to this race—it will be in the dark! That’s right, every runner will dress up in their favorite white and neon clothes and instead of four stations of cornstarch color, there will be four stations of parties! Throughout the race, there are stations called Light Zones, which includes disco and strobe lights as well as pumped up music to get you through to the next station. After the race is over, there will be a color party at the finish line where runners get to celebrate their run and dance all night. If you want to join in on the fun, sign up on colorup5k.com where, with just a $50 fee, you’ll receive a t-shirt, temporary tattoos, photos, personal-sized glow-in-the-dark paint, a glow-in-the-dark bracelet, and a night chocked full of memories. 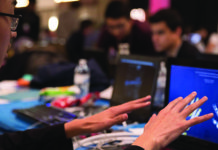 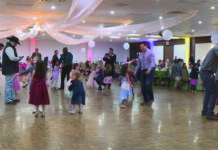