Fans were shocked when Charles Kelley of Lady Antebellum announced his solo project “The Driver,” and the shock gave the album momentum before it was even released. The first single, which is also the title track, pays homage to those who work for the artists, the fans, and the singers themselves. With the help of Dierks Bentley and Eric Paslay, the song is taken to new heights as their smooth harmonies ring out in the closing lines of the song. The title track sets up the rest of the album well. It moves flawlessly along, with collaborations from Miranda Lambert and the great Stevie Knicks. Kelley is able to balance up-tempo tracks with ballads. He toes the line of country and pop at times but does it in a very organic way. Nothing seems forced as every track comes from the heart and plays on different emotions. Charles Kelley has really nailed it with his solo album.

Over 30 albums later, Elton John is still cranking out great work. “Wonderful Crazy Night” is his latest release and the album kicks off with the funky title track. EJ’s legendary vocals are outstanding (per usual), and the soul that has gone into this album is incredible. It rolls on with “In The Name of You,” a great track with excellent brass accompaniment. EJ brings back classic sounds with “Blue Wonderful.” This album proves that EJ still has it, so if you have been a fan for 30 years or 30 minutes, there will be a track on this album that speaks to you. EJ’s ability to connect with folks has made its way into the album. Over the 12 tracks, he is able to mix genres, styles, and themes, displaying that EJ has once again hit a high note with new music.

Rap star Whiz Khalifa is back with “Khalifa.” Khalifa shows how his music has matured over the past few years in songs such as “Celebrate” as his lyrics touch on the appreciation of life. Khalifa also enlists the help of several artists to take a few of his tracks to the next level; Courtney Noelle lends her talents to “City View.” Other collaborations include Travis Scott, J.R. Donato, Sebastian, Ty Dolla $ign, Chevy Woods, and Juicy J. The 13 track album provides an eclectic mix of up-beat and slow rolling tracks. Khalifa flexes his vocal power in “Call Waiting.” This album adds another layer to the rapper, his music is real and highly relatable. For Khalifa fans, this is the album you have been waiting on, and you definitely won’t be disappointed.

Singer/Songwriter Lucinda Williams’ “The Ghost of Highway 20” is 14 track, thought-provoking album. Using Highway 20, which runs right through the Deep South, as the backdrop for the album. It provides perspective and some real soul to this album. The album kicks off with “Dust,” a very honest track that pulls at raw emotions. The album infuses jazz with a southern twang, adds a little rock to the mix, and wraps it all up in a true singer/songwriter fashion. Williams has stepped up her game for this album. The title track is a haunting, almost ominous track and Williams’ vocals really makes it stand out. She pays homage to her home state with “Louisiana Story.” Overall, Williams has nailed this album by infusing styles and making individual tracks stand out. 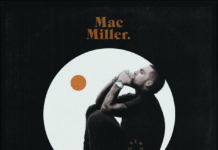 Mac Miller’s “Circles”: An ode to Self Awareness