The George Bush School of Government and Public Service hosts a number of events free to the public about different topics of national interests. The school’s events focus on America’s interests in foreign affairs, public policy, and America’s role in the global community. This next week, the Bush School is hosting two exciting forums discussing an event from America’s history and a gathering of public servants.

On February 25, the Bush school will be hosting a dedication for the 25th anniversary “the last great tank battle of the 20th Century,” with the presentation including first-hand stories from those who were in the thick of the ground war in Desert Storm in the Battle of 73 Easting. The Battle of 73 Easting involved two major parties fighting, the U.S. Army’s VII Corps against the Tawakalna Division of the Iraqi Republican Guard during the ground campaign of Operation Desert Storm.

The discussion will begin at 6:30, and will be followed by a reception. Reserve your seat by calling 979-691-4068 or by emailing reservations.bush@nara.gov. 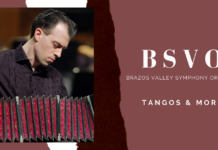