Ben Rector hits the nail on the head with his new album, “Brand New.” The typical Rector mix of up­beat songs—the title track is a good example—with more somber tracks like “Make Something Beautiful” help Rector develop a complete sound for the record. With tracks that encourage self-reflection, living in the moment, and falling in love, Rector has assembled an album that connects with anyone. “Note to Self” reminds us to always be individuals rather than trying to please everyone else. In today’s age, it is so hard to live in the moment something that Rector preaches on in the track “Like the World Is Going to End. Overall, Rector does a superb job with these fan-pleasing ensemble.

Rising country duet Maddie and Tae have released their first full-length album, “Start Here.” The girls have stirred the pot with their controversial hit “Girl In A Country Song.” This girl­power anthem took major jabs at the “bro­country” stereotypes that have recently dominated the country format. “Girl In A Country Song” has led the way for change in modern country, helping bring back a more classy portrayal of women to the world of country music. While the radio smash has been the album’s biggest hit (so far) it is not the only shining­star on the record. From “Fly” to the twangy­track “Shut Up and Finish,” to “After the Storm Blows Through,” Maddie and Tae display their wide­ranges and exceptional harmonizing abilities on this inaugural release.

Iration takes a reggae style and makes it their own in “Hotting Up,” an album that provides a great island escape for anyone who’s in the need for it. The title track “Hotting Up” sets the tone for the album by infusing pop and rock sounds with catchy hooks all mixed in with classic reggae rhythms. The track “Reelin’” highlights the hints of the pop and rock sounds that are embedded in this album. “867” sounds more appropriate for a club versus a classic reggae track, but Iration makes it work exceptionally well. The eclectic mixing of styles that they bring forth helps set “Hotting Up” apart from other albums released this week.

R&B singer Andra Day’s newest release “Cheers To The Fall” showcases her wonderful vocal range and brings some serious soul to this week’s music releases. The title track’s funky rhythms along with Day’s incredible range is just one of many refreshing aspects to this album. “Honey or Fire” is one of the few upbeat tracks you’ll find on the record, delivering not only a great vocal performance but a solid music accompaniment with excellent piano riffs. “Let Go Of My Hand” stylistically resembles classic 50’s rock & roll ballads, with a solid bassline, twangy guitar, and classic harmonies, a proverbial hit released 60 years late. Overall an excellent album for any R&B fan. 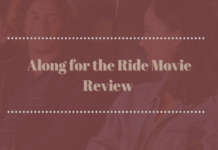 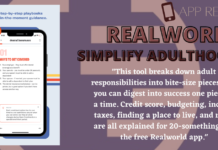 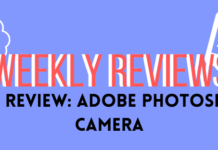