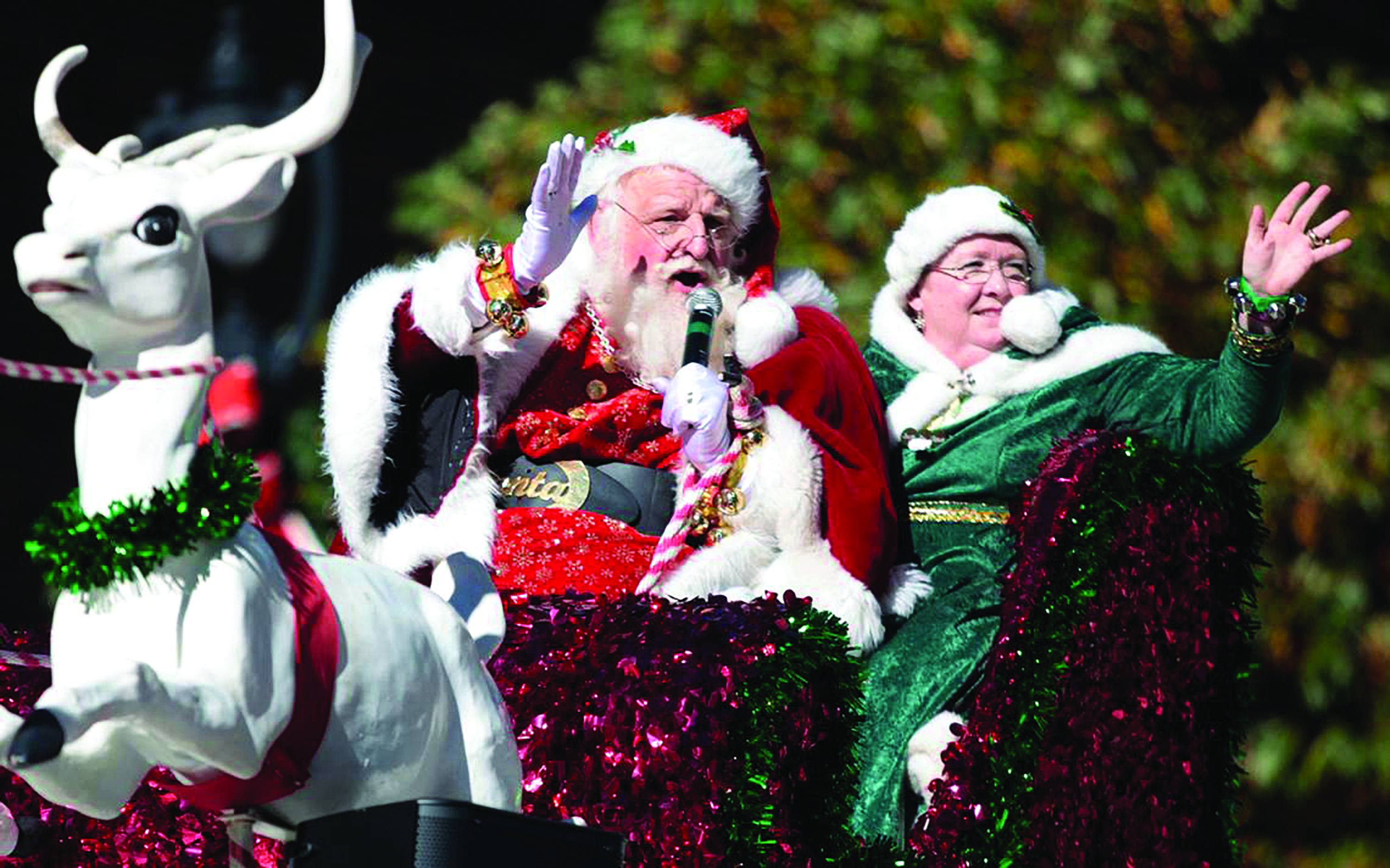 The holiday season is here and there’s no better place to celebrate then right here in Bryan/College Station, starting with a couple fun parades.

First, the Bryan/College Station Christmas Parade will take place on December 4 at 2 pm. It is the 90th annual parade in BCS and will feature over a thousand participants and performers.

The parade will begin at Parking Lot 50 of Texas A&M University and will continue east down University Drive to Texas Avenue. Once on Texas, they will continue north ending at Sulphur Springs in Bryan. There will be a contest for the most creative and original float design. Santa Claus will also make an appearance at the parade and will be accepting letters from those who desire to write him one. Be sure to include a mailing address so Santa can send a response back.

This parade will be televised through KAMU-TV, which is channel 4 on Suddenlink. It can also be streamed live online at kamu.tamu.edu. Not enough to fill your need for Christmas joy? The Downtown Bryan

Association will host the only lighted Christmas parade in Bryan/College Station. This parade will take place on December 9.

The parade will begin at 6:30pm, starting at 24th and Bryan Street heading south, turn on 28th and the head back up Main Street. The parade will consist of floats and vehicles from many different groups and organizations, as well as fire engines and much more. Santa Claus will be waiting at the end of the parade just in time to kick off the Christmas season.

Downtown streets will shut down at 5:30 in preparation for the parade and will re-open at the conclusion of the parade. This is the only lighted Christmas Parade in the Bryan/College Station area, so be sure to come out and enjoy it. Keep an eye on the Downtown Bryan webpage for a list of all the organizations that will have floats, and if you would like to volunteer for the parade, contact the Downtown Bryan Association for more information on opportunities.

Finals can be a drag on the Christmas spirit and there is no better way to keep that spirit level up than coming out and enjoying these two wonderful parades with friends and family.