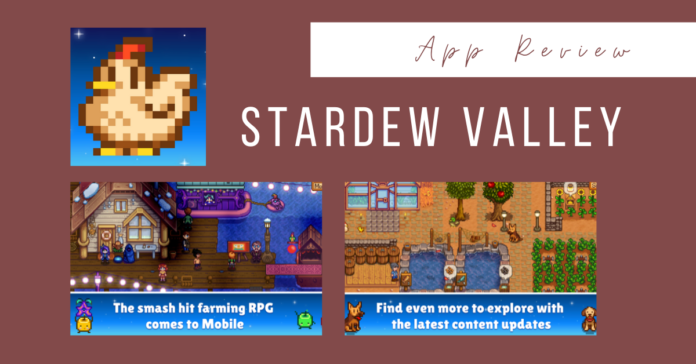 Sandwiched as we are between the unknowns of the current pandemic, the chaos surrounding the upcoming election, and the busyness of the fall, we could all use a bit of a break, right? While many of you have likely had the chance to play the hit 2017 indie PC game “Stardew Valley,” which has since been released on Nintendo and Sony consoles, and yes, also on iOS and Android devices, it might be time to revisit it; it’s just the tonic for these trying times.

“Stardew Valley” is a farming and life simulator in the same vein as the Super Nintendo classic “Harvest Moon.” In the beginning of the game, you create your avatar from scratch, and then your character inherits a farm from her (or his) grandfather located in a small but charming and lively village by the sea.

After this short introduction, “Stardew Valley” lets go of the reins, letting the player do whatever they want. For example, your farm starts out in a state of disrepair, so you can spend time fixing it up, planting what crops you like and adding on to your house with the loads of money you earned. You can also completely ignore this aspect and spend all day fishing in the many lakes, rivers, and seaside beaches scattered throughout the game. Or you can become an adventurous spelunker, heading out every day for the dangerous mines in order to collect fabulously expensive gems and fight dangerous monsters. You can also decide to romance many of the different non-player characters you run into throughout the vibrant and engaging world. The sky’s the limit, really, with what you can choose to do, or not to do. The pace of the game is entirely up to you.

While “Stardew Valley” was originally a PC game, touch screen controls have been implemented beautifully to the mobile versions, so you don’t have anything to worry about on that front.

In the midst of our current moment, “Stardew Valley” is just about the best escape ever: a bright and colorful world where your hard work always yields results, but at the same time, you don’t get punished for taking it easy.