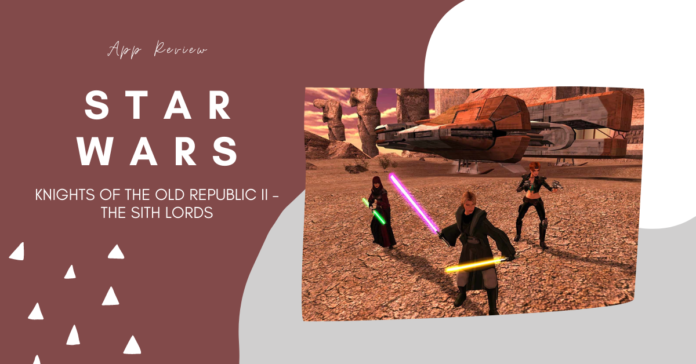 One the greatest role-playing games of all time, Obsidian’s 2005 classic “Star Wars: Knights of the Old Republic II – The Sith Lords,” a sequel to BioWare’s “Star Wars: Knights of the Old Republic,” has made its way onto mobile platforms for the first time. Though it hasn’t been updated or enhanced in any meaningful way, KOTOR II is an unmissable piece of video game history, and whether you have experienced it before or not, it’s a great way to spend the last few weeks of winter break.

In KOTOR II, you create your character from scratch, starting out as a vagabond that has been exiled from the Jedi Order. Throughout your journey, you will learn more about your past, gain unfathomably high levels of power, pick up new companions, and either save the galaxy or watch gleefully as it plunges into ruin. If you’re familiar with either role-playing games or the Star Wars universe, there’s likely very little surprise in KOTOR II, but the execution of the game is top notch.

Though the fifteen dollar price tag might turn some people away, this is KOTOR II in its entirety, and if you haven’t gotten a change to play it in the last fifteen years, now is a great time!