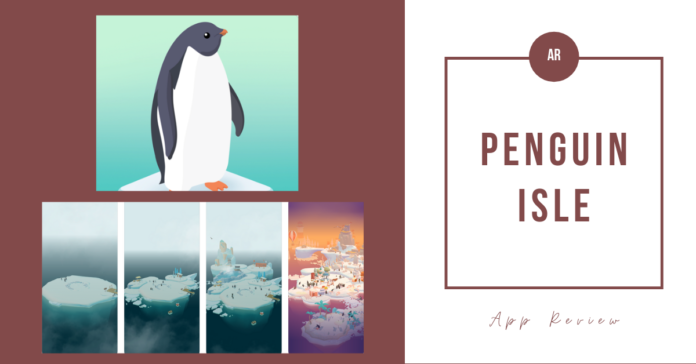 Mobile games can often be full of unnecessary grind and seemingly greedy in-game purchases. Every now and then, a more quiet and slow-paced game is needed to kick back and calm the nerves.

Penguin Isle is most probably not that game.

Penguin Isle is an idle civilization-building game in which you start as a lonely penguin on a barren arctic island that you will soon build into a thriving community. After clearing the very quick tutorial and creating your first few revenue-generating structures, you gradually unlock more mechanics and whimsical currencies to build up your penguin island. At first glance, it comes off as a quaint penguin community with gardening penguins in hats and overalls, and users may think this is a slow paced game meant to be an overall chill experience. But players will soon find out it is more than that, and not all of it is good.

The best element that the game has going for it is easily its art and sound design, which most definitely encapsulates the tone that the developers were probably going for; the art is minimalist and utilizes light shades of blue, grey, and white to give off a calm vibe. As for the sound design, the ambient soundtrack and subtle (and adorable) penguin sounds make this game a must-play with the sound on rather than off.

But besides art style, this game is anything but stress-reducing. The progression system is based on earning revenue in strange units in order to build new habitats and buildings as well as breed new penguins and animals, with the end result of making a larger civilization. Simple enough, right? Oh how we wish it were so. The game has four types of currency, two of which can eventually be automatically generated, while the other two resemble typical mobile game currencies only purchasable through actual money. Certain progress can only be made by expending certain currencies; however, the game starts by downplaying how much time it takes to actually build things. Your first two buildings can be earned in less than 5 minutes, but soon it will take longer and longer each time to build the new structures required in order to bring other things into the game—things that need a completely different currency with its own units. The bottom line is: It’s confusing, to say the least, and it also ruins the pace of the game by making it go incredibly fast sometimes but frustratingly slow at others.

This picture of Penguin Isle may not seem to be a pretty one, but you may find yourself continuing to log in to the game to check in on the progress of your little penguins. Although there’s no feature to give each penguin individual identities through a nickname or cosmetics, it’s quite easy to get emotionally attached to your community. After all, what’s more appealing than helping eager, adorable sounding penguins make their world just a little bit bigger?