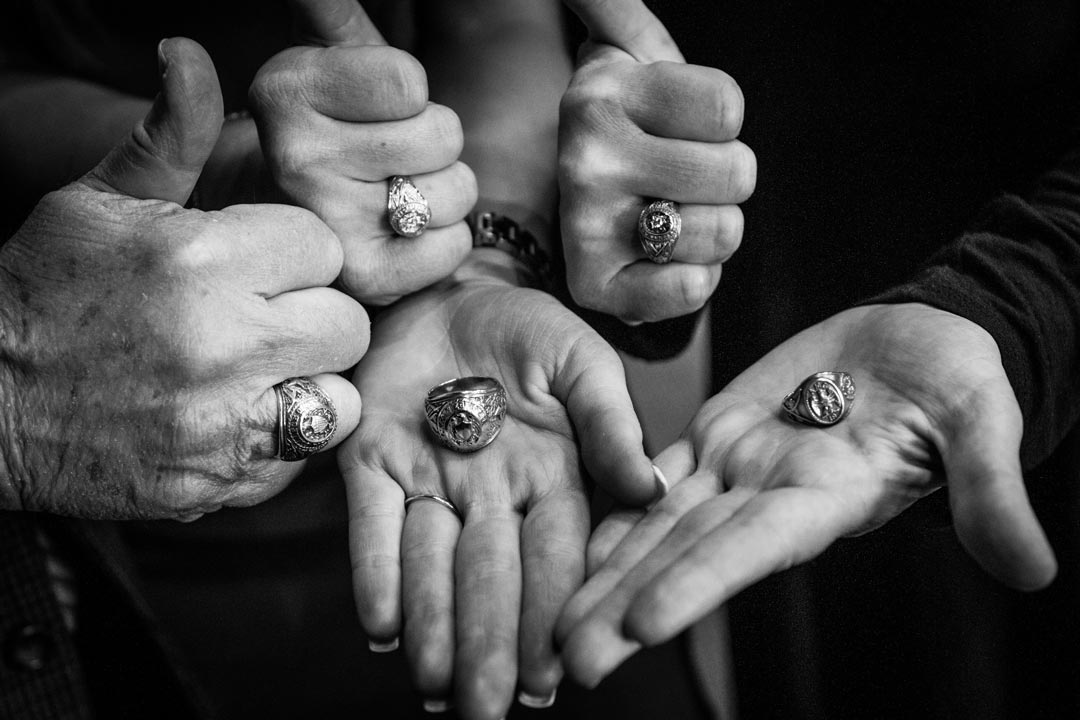 This is a question many Texas A&M alums get on a regular basis, whether you’re at a restaurant, in line at the grocery, or in a different country—everyone knows that being an Aggie is being part of a family and wearing that piece of gold is our way of telling the world who we belong to. Being an Aggie is being proud of where you came from. Each ring day, hundreds of students get to become a part of that outward pride and receive their own little band of security that says, “Hey, I’m an Aggie.”

The history of the Aggie ring is a long and honored one. The first known Aggie ring was made in 1889, thirteen years after the opening of Texas A&M College. In the years following its inception, the Aggie ring sold for about $10.50 each. Little by little, the design evolved into what it is today: an eagle protected by a shield of thirteen stripes and five stars. Each element on the ring tells a different piece of what it means to fully encompass the spirit of the 12th man. Whether it’s the patriotism of the stripes, the stars atop the shield, or the eagle that represents the limitless heights that Aggies can attain with their instilled knowledge and support of their Aggie family, it’s arguable that the amount of pride pumping through every maroon-clad heart on ring day is superior to even that on graduation day.

When you’re wearing your ring, it’s more than just a pretty piece of gold. Instead, it is years of history, honor, and tradition that every Texas A&M student has the privilege of being a part of. If you’re getting your ring this weekend, congratulations, if you already have it, wear it with pride, and finally, if you are still working toward it, remember what you’re working for.

For more history on this time-honored tradition, visit Aggienetwork.com.