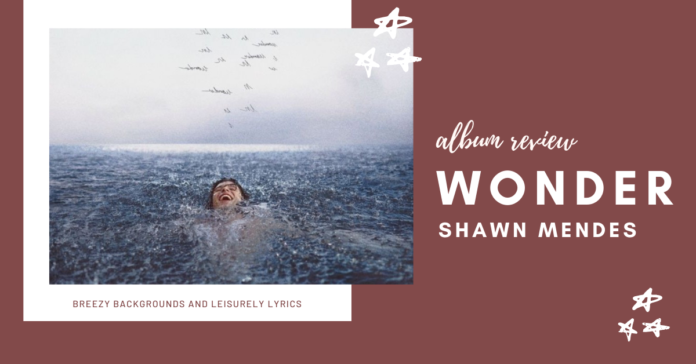 No stranger to top Billboard charts, Shawn Mendes has released a whole new collection of music to grace the end of 2020. The album, entitled “Wonder,” has already garnered many millions of streams after less than three weeks. Filled with airy tunes and mellow beats, the album marks a gradual departure from the upbeat pop music that began his career, but reflects his growth as an artist quite well.

Mendes was discovered on social media in 2014 and has been producing extremely popular tracks ever since, impressively consistently. Top ten pop singles such as “Stitches,” “Treat You Better” and “There’s Nothing Holding Me Back” launched his career at rapid speed, and “Wonder” is here to gently guide listeners into a more laid-back musical scene.

The album is full of breezy backgrounds and leisurely lyrics, and it clearly draws from other genres, such as R&B in tracks like “Dream,” and even features a little 80’s power ballad influence to round out its sound, such as in tracks like “Look Up At The Stars.” Many of the songs feature a sort of build, often ending on a more powerful note than they began, and the combination of stripped down tracks and those with more vast instrumental setups can invoke a variety of emotions in the listener.

The album does at times feel a bit repetitive, and perhaps even lacks the lyrical depth that would seem apt to accompany such inspirational instrumentals. “Wonder” is, however, extremely easy listening for almost any mood, and can provide the perfect backdrop to nearly any activity.